How Facilities Management Can Increase Efficiency With Storage Change

If there’s one word that sums up what’s most important to the facilities management staff in Orange County, Florida, it’s “efficiency.” It makes sense. The county is the fifth largest in the state and includes the tourist hotspot of Orlando. In the mind of a facilities management team responsible for keeping county government buildings running smoothly, their own “magic kingdom” needs to be organized and accessible.

Dan Rodriguez is a warehouse supervisor for Orange County Facilities Management. He remembers the many discussions that took place around what could be done to improve the layouts and capacities of the various facilities management warehouses throughout the county. 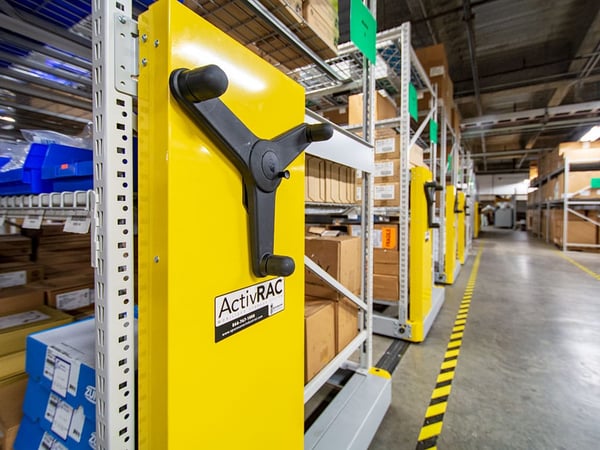 “I hate to be cliché, but the ‘feng shui’ wasn’t the best,” he said. “Our older system was stationary. It was a racking system that was purchased way before I ever came on board. The system was bolted onto the ground and was boxed for a specific size. Over the years, of course, inventory has fluctuated. It’s grown and changed. It’s gotten where we now need more parts in our inventory – and larger parts – to take care of all the systems throughout the county buildings.”

But the winds of change were blowing.

“We were thinking of different ways that we could restructure the entire warehouse. After batting around various ideas, though, it got to the point where everything we came up with was too expensive or just not workable,” Rodriguez continued. “It just didn’t feel as though we were moving in the right direction. We were trying to solve an issue without knowing about the solutions available to us.”

That’s were Patterson Pope came in.

Times change, and so too do mechanical and electrical systems. New building designs incorporate innovations and modern touches that work together to improve both aesthetics and efficiencies. That focus is also present in today’s storage products and installation planning. Patterson Pope Sales Representative Ron Nienhuis has worked on a few warehouses before. He knows that while each one has its own special requirements, they all share one criterion: they must work hard to make workers’ jobs easier. 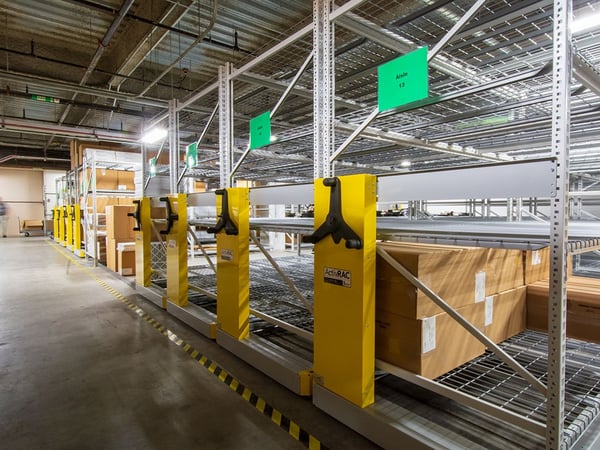 “In Orange County, all the guys were very hands-on. They had a very clear idea of what they wanted to accomplish, but didn’t know exactly how,” he said. “Those situations are where Patterson Pope really shines. We get an opportunity to help shape a workspace and its flow.”

Committed to bringing their vision of a new warehouse set-up to life, Orange County Facilities Management team members discovered Patterson Pope and delved into the project.

“We had heard that the sheriff’s office here in Orange County had used Patterson Pope for a storage project of their own,” said Rodriguez. “We went to go check it out, and once we saw the system they had, we knew we wanted to get something similar for our warehouses. It was exciting.”

After completing a first warehouse storage redesign in the county’s East District, work was started on the downtown location in Orlando. With lessons learned from the first installation, a series of three back-and-forth design collaborations on the second location were held. Tweaking the desired product list and reconfiguring the system layout led to the perfect solution.

“We installed wide-span shelving on ActivRAC mobile systems,” said Nienhuis. “In addition, we reconfigured the directional alignment of the shelves themselves – east to west rather than north to south. The shelves themselves are four feet deep to better accommodate the air filters, ballasts, lights, tools, filters, plumbing supplies and various other items they’re storing on a daily basis.”

“We appreciated that Patterson Pope allowed us to be so involved in the process,” added Rodriguez. “In the end, we were very satisfied. We went from three racks to ten, so now we’ve got all sorts of room. We’re now able to stock things in a much more organized fashion. It looks better and feels better. That change has been really good for us.”

Rodriguez said experience taught them to go with reinforced shelving. While each warehouse location stores the same sorts of items generally, having the flexibility to custom-order exactly what they want/need added a certain sense of control over the process, as well. The series of warehouse renovations will also include one in Central Orlando.

“It’s really been a game-changer for us. These projects have taken us from ‘dealing with’ limited, restricted spaces to enjoying areas that offer expansion and flexibility. Now we can better maintain stock in an organized fashion,” said Rodriguez. “Once we have the shelving collapsed downtown, for instance, we have tons of space in which to maneuver, to bring a forklift in, etc. These are types of things with which we were having issues before. Now, everything’s smooth. The installation was done really well. It’s helped us in a very positive way. In fact, our manager is infatuated with the amount of efficiency we have in our warehouse.”

For Ron Nienhuis, the opportunity to be a problem solver while also helping advance benefits to the customer was paramount.

“I really enjoy the whole process. I like asking the pertinent questions from the start,” said Nienhuis. “Since Patterson Pope does this kind of thing every day, we have a natural advantage over anything a customer who’s new to the process (or the products) might consider to be a good solution. I enjoy the back-and-forth, the collaborative nature of the work. When everything got installed and they moved all the materials back in their downtown location, for example, they were really surprised at how little capacity they had actually used up and how much more they had left. That’s gratifying to see.”

“It’s such a great feeling to walk away from a project knowing you did exactly what you set out to do,” concluded Rodriguez. “I’m a logistician by trade and have been in the logistics field for more than 15 years. I’m always thinking, ‘How can we make it better?’ Patterson Pope has been really great about sharing insights they’ve gained from other jobs, and that’s been helpful. It shows that they’re focused on solutions.”

Infatuated with efficiency. Focused on solutions. Seems like we’re putting together a warehouse full of good taglines, hmm? 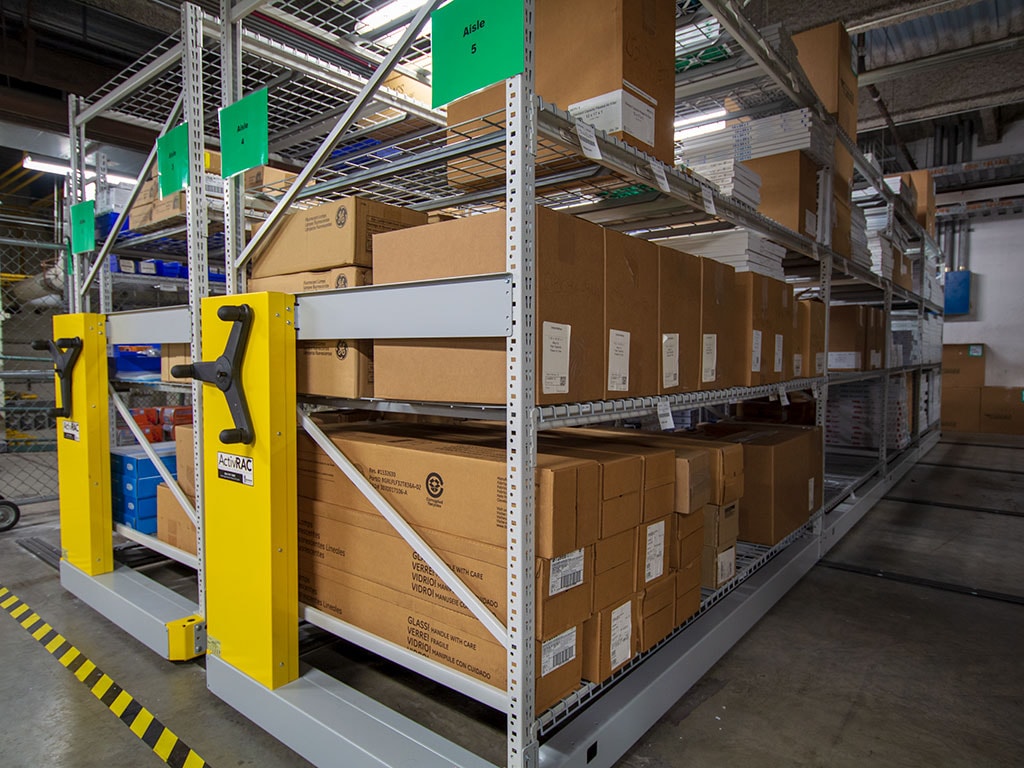 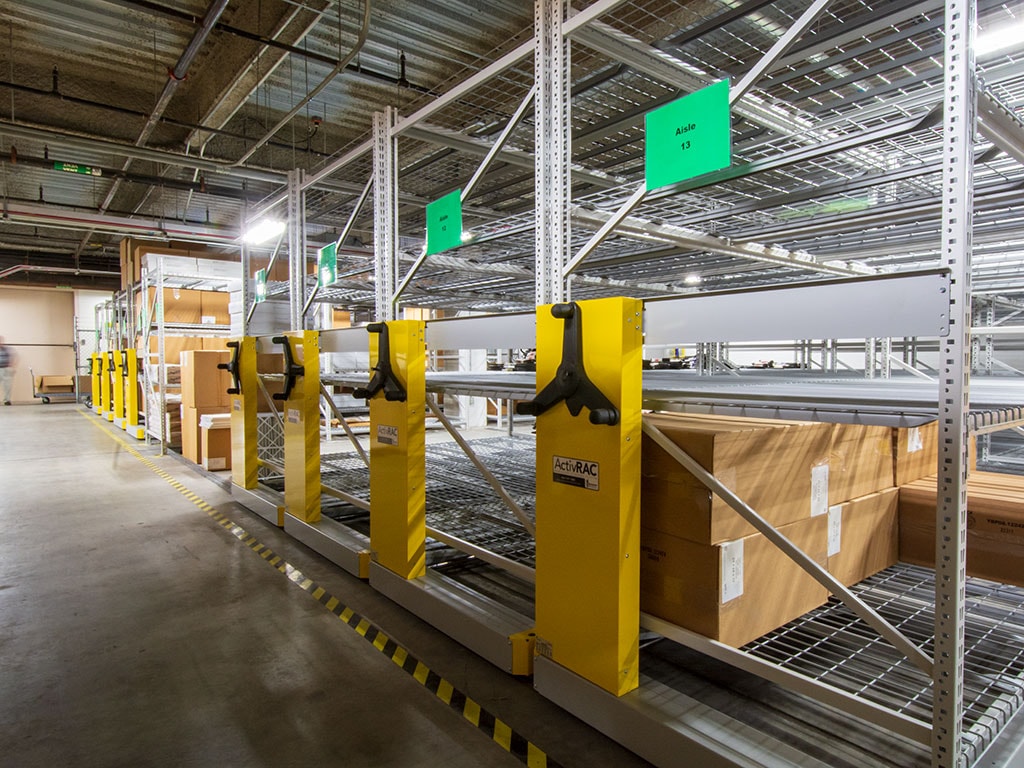 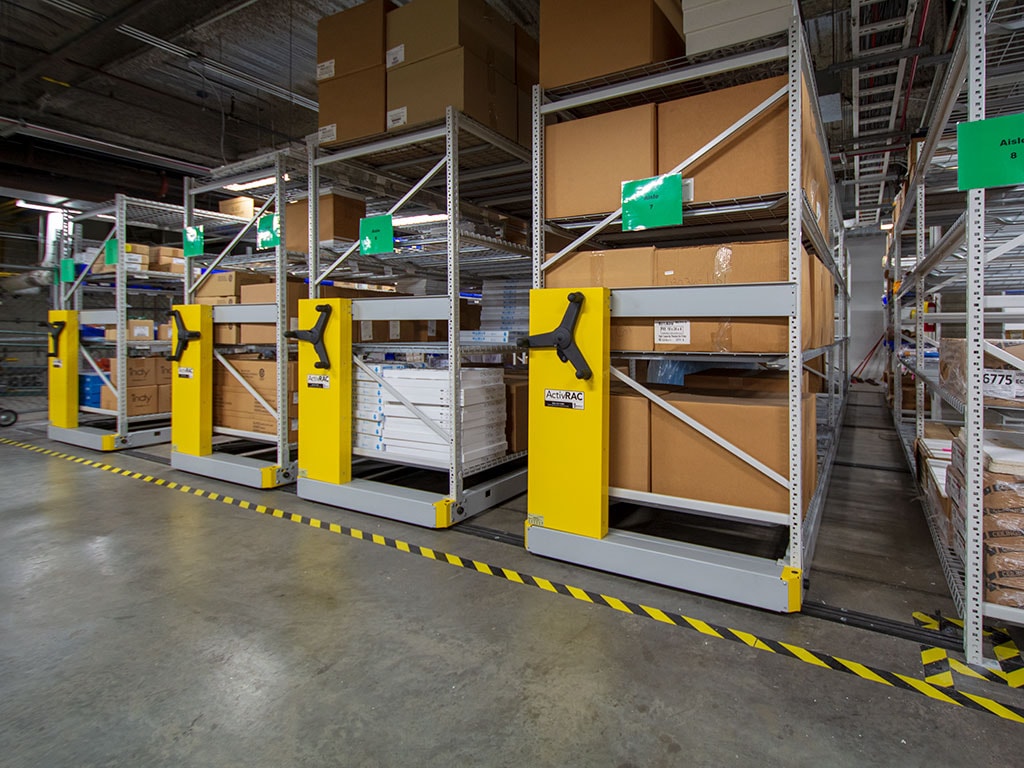 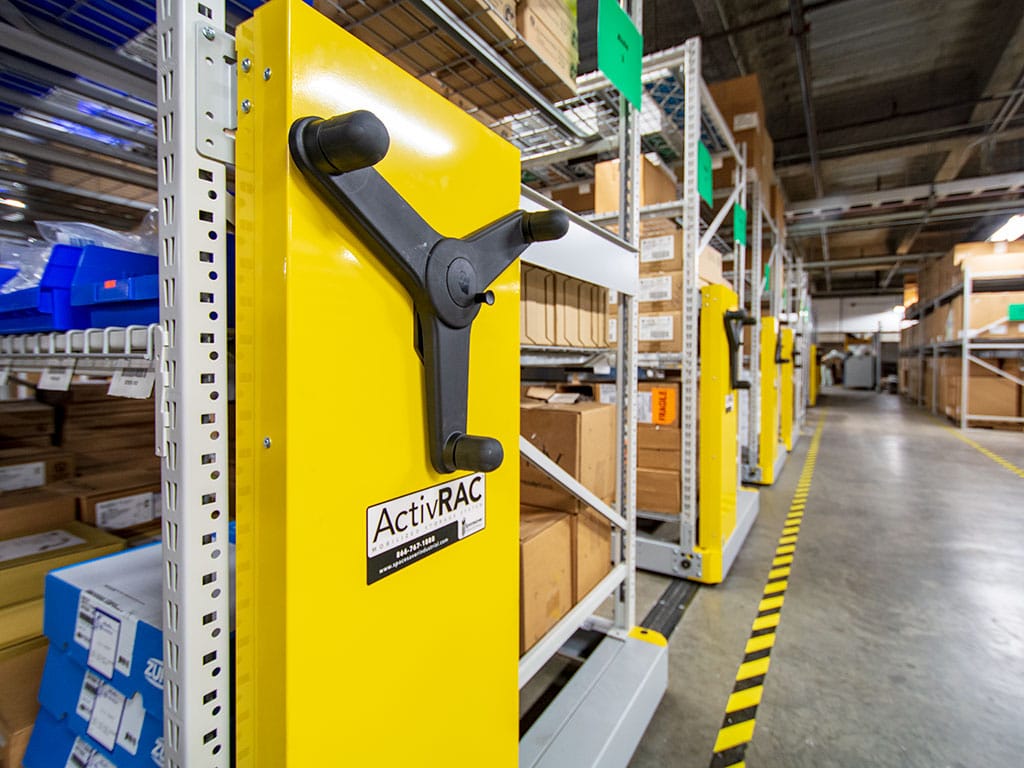 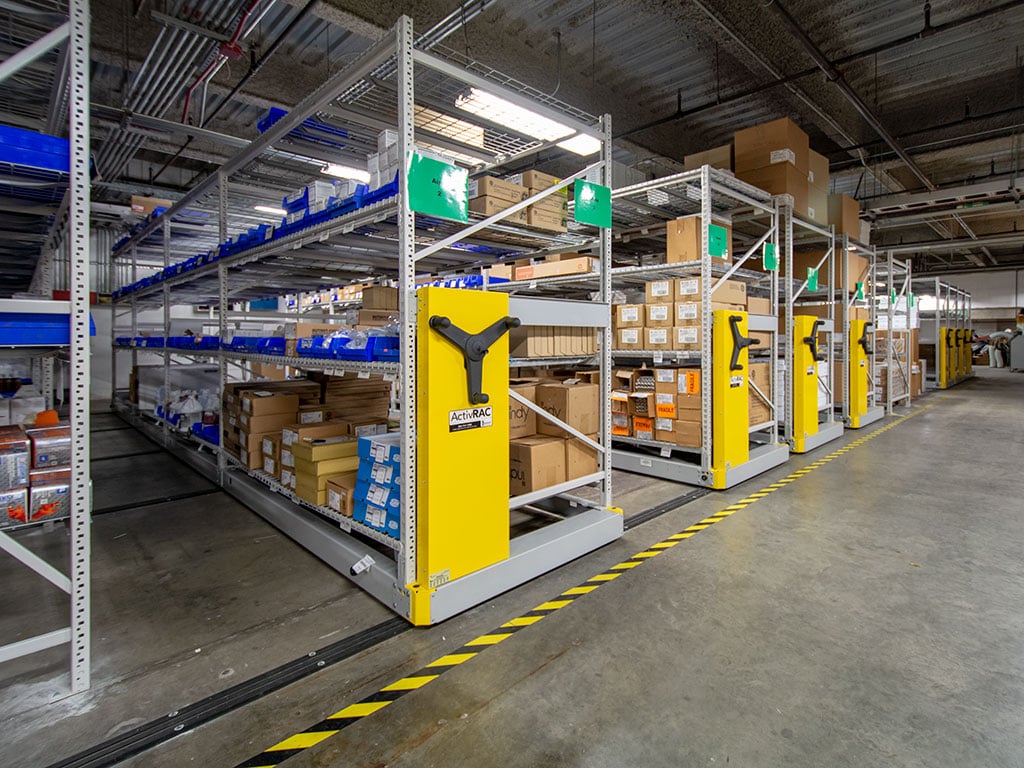