One look at the new library on the campus of Embry-Riddle Aeronautical University in Daytona Beach, Florida, and you feel what “state-of-the-art” was meant to be. Dynamic lines and ergonomic designs echo the university’s commitment to celebrating feats of ingenuity and engineering. On the fourth floor of the new student union, the library is a crown jewel of architectural achievement. And there, underneath a long skylight that welcomes in natural wonder, are two rows of high-density compact shelving on either wall. It’s a modern storage design that only augments the building’s flowing layout.

In 2015, the university’s library was actually located on the same footprint as where it stands now. At the time, though, it was a different building entirely. When the decision was made to build the new student union building (and to house the new library inside it), Embry-Riddle contacted Patterson Pope to help move the shelving and books to a temporary location.

Melanie West remembers it well. She is the library’s associate director for access services. At the time, the move was thought to be a short-term solution. Short-term, as it turned out, ended up being a little longer-term than expected.

“Our temporary space was in the old bookstore and the old post office, so the surroundings were not ideal,” she said. “We had contacted Patterson Pope at the time, and they moved our books and shelves – some to the old student union and some into an old racquetball court for accessible storage. That ‘temporary space’ ended up being our home for three years.”

With its iconic design and dynamic skylight, the Mori Hosseini Student Union is the centerpiece of the Embry-Riddle campus. It serves as a hub for student services and reflects the university’s commitment to exceptional student experiences. It is a sight to behold. Half of the third floor and the entire fourth floor is dedicated to the Hunt Library. It was on the top floor that Embry-Riddle decided to augment the space’s modern look by re-combining the collection from those temporary locations into a pair of high-density compact shelving units. 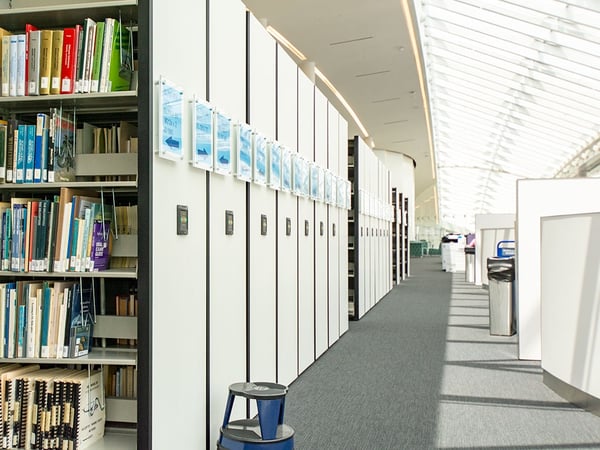 “We knew we’d be able to bring all of our collections under one roof, so we needed compact shelving to minimize the impact on the footprint and to maximize the space for student use,” said West. “So, we reached out to Patterson Pope again. Sales Representative Bonnie Nienhuis and her Patterson Pope team had to coordinate with the contractors, the architects and the university’s planning and interior design folks to get all the structural stuff in place. That included the use of a crane, the elevators and even making sure the floors were poured evenly and that they could support the shelving.”

A Commitment to Excellence

Marie Jones is Embry-Riddle’s manager of interior design and planning. For her, working with Patterson Pope was an occasion to celebrate.

“I think that the installers were clearly very experienced and extremely professional,” she said. “They really knew how to work around not-so-perfect conditions. They calmly worked around all of the difficulties they faced due to construction delays and that sort of thing. In fact, Patterson Pope and their installers were able to get the high-density system up and running so that we could then move all the books back and get them up on the shelves without an issue. That, of course, necessitated an accounting of everything we had in inventory. They did a fantastic job.”

The fourth floor measures 108’ feet from side to side. A glass wall to the east allows views to the floors below, while the books are housed in the two high-density units positioned against the walls. Each high-density unit (Spacesaver Eclipse Powered Mobile with recessed rail and Zero Force Sensor System) features 33 carriages (five collapsible aisles) and they together hold the library’s entire collection of some 75,771 volumes. 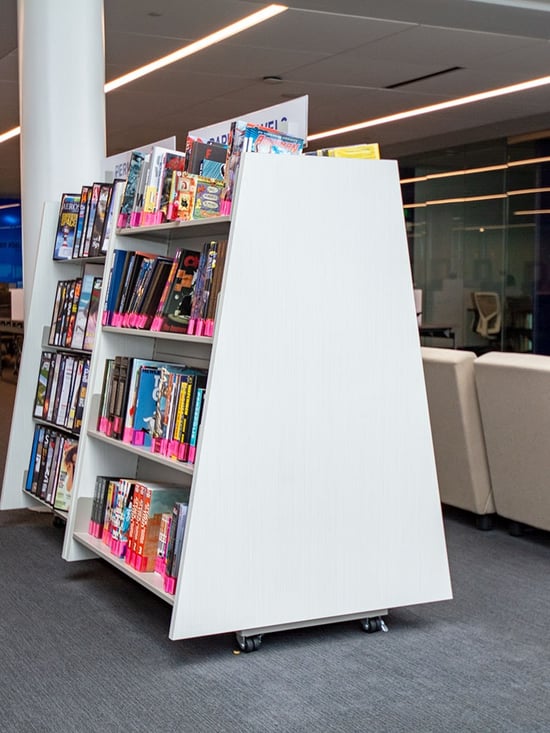 “We actually have less space here than we did in our former space,” said West. “The old library featured stacks on all of its three floors. At one point the third floor was cleared of books. We did a massive weeding project – and they moved offices from another department onto the third floor. At that time, we did major weeding and culling of the collection. So, we really got the collection down to the right size when we moved into the temporary location. And then we minimized it even more when we moved here to the permanent space. We just brought the key, core, important parts of the collection. Because of that, the fact that we now have less space didn’t really impact the book collection. In so doing, we were able to maximize the rest of the space for collaborative learning, student meetings, and those more interactive services of a library.”

“We’re a university of engineering types, so anything new and mechanical they’re going to be interested in,” added Marie Jones. “The high-density system is no different.”

Recalling the design process, Melanie West was happy that the many-sided collaboration went so smoothly.

“It really was a combined effort. I know that the architects pretty much had to be involved at every step,” she said. “Looking at the floorplans and the space in general, Patterson Pope knew that we were somewhat limited in what we could do. We had this finite space; we had this finite collection. Patterson Pope was able to help us determine where to place the units. It really turned out nicely.”

Fun. Functional. And did we mention fantastic to both look at and operate? That’s the kind of high-flying success that will excite any university.

See our other work with the Embry-Riddle University laboratory where Patterson Pope found laboratory furniture solutions to help innovation. 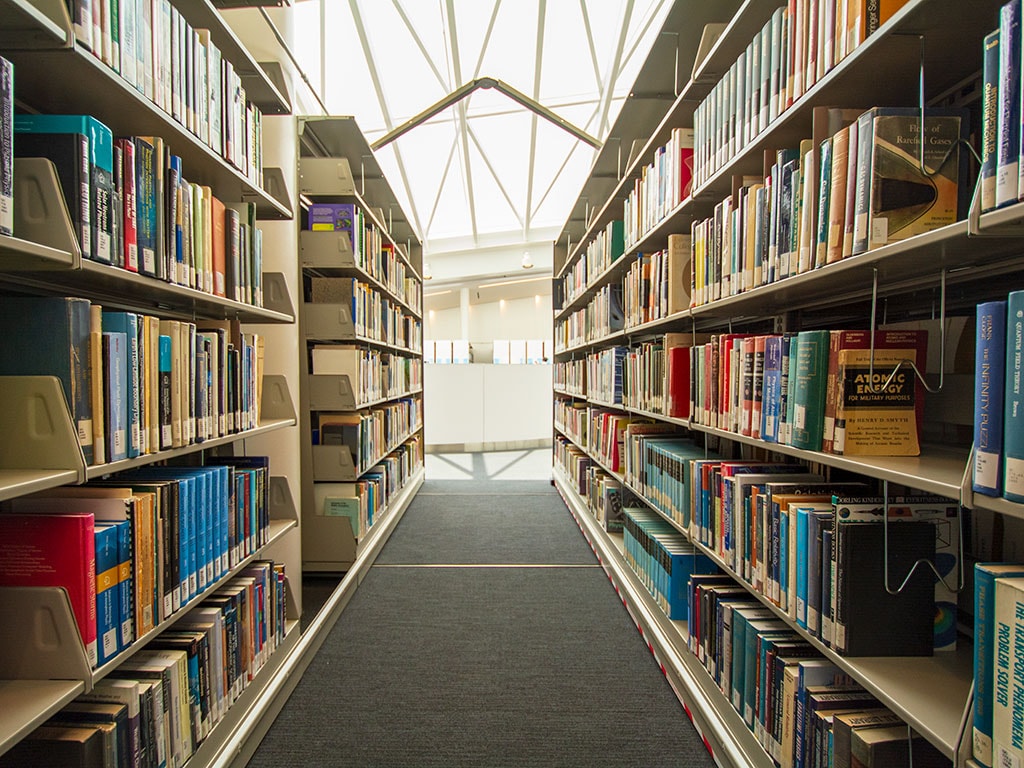 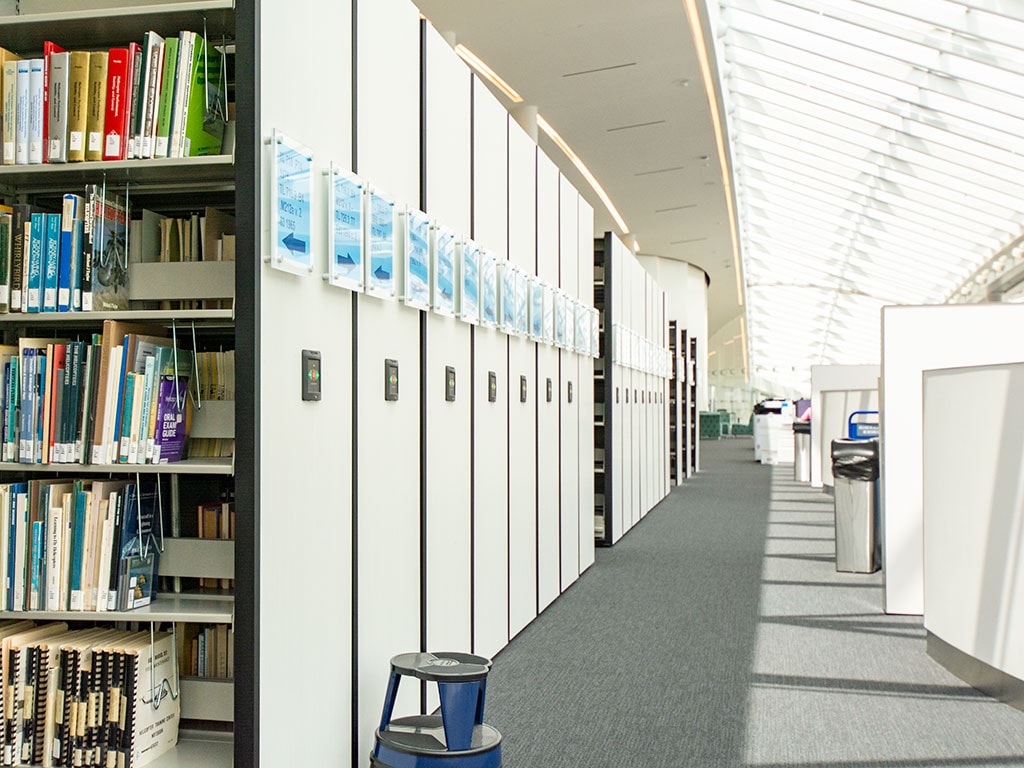 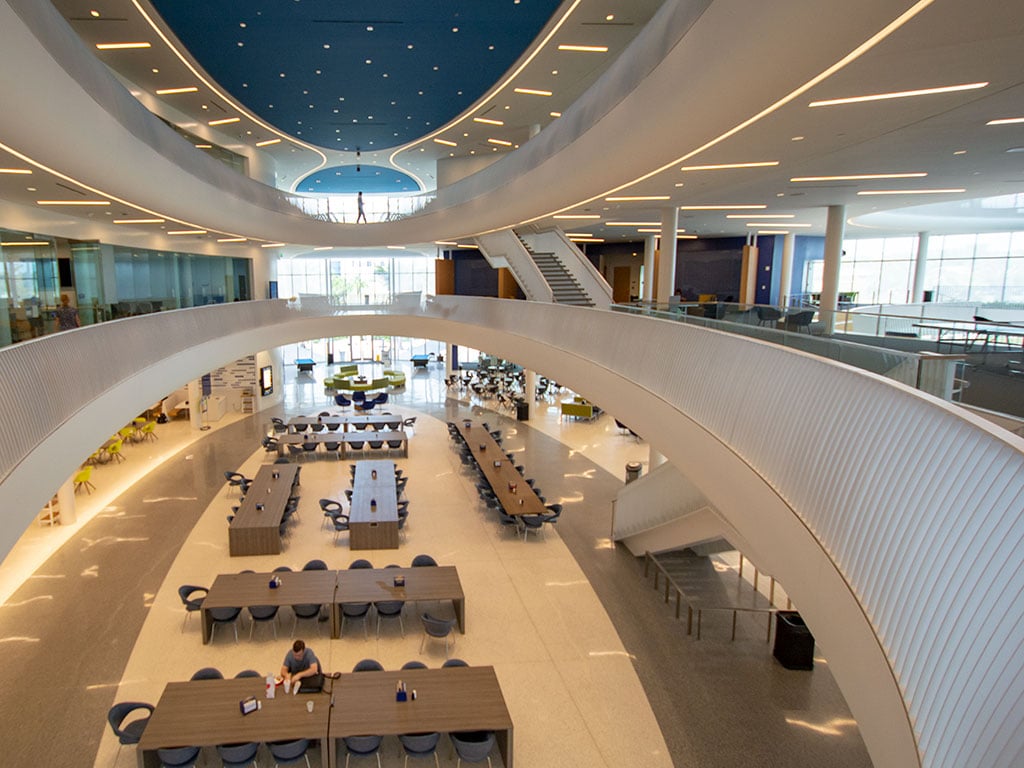 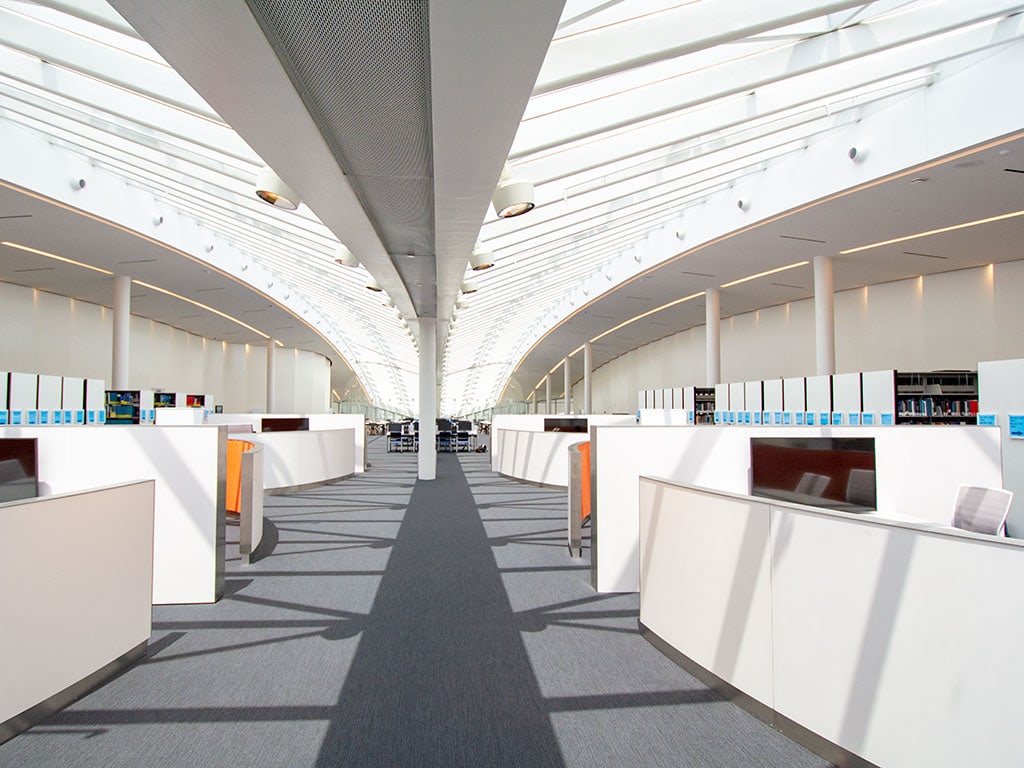 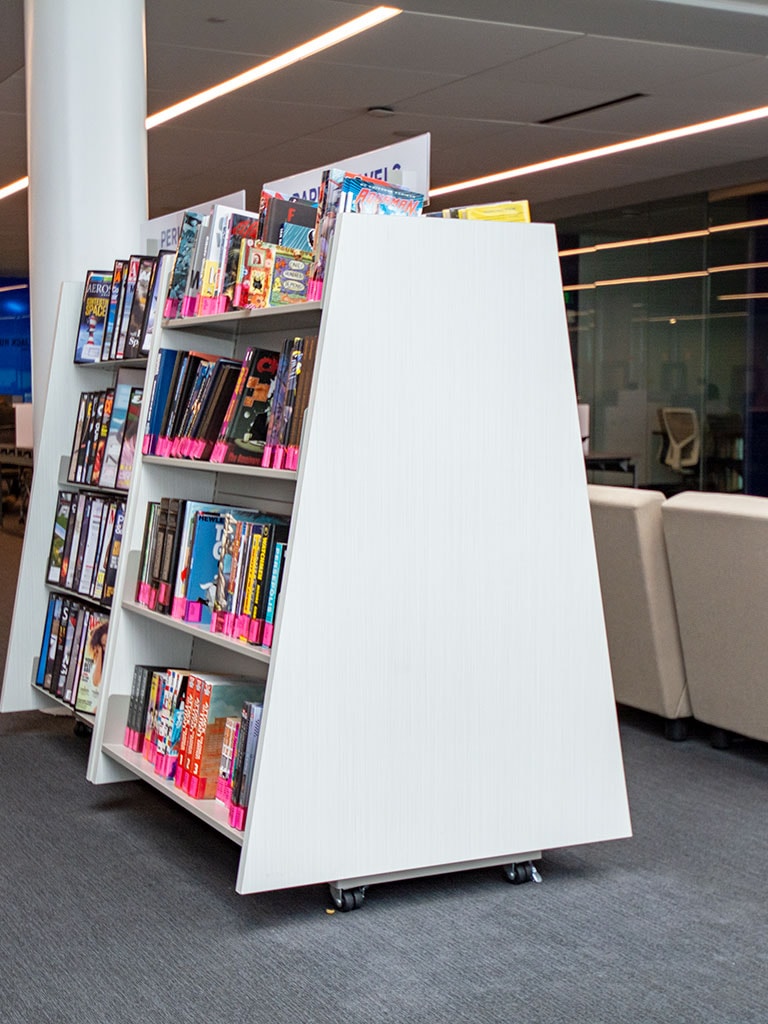