Do-It-Yourself Pest Control has been in business for more than 37 years. They’ve built their reputation and their success on providing DIYers with the baits, insecticides/pesticides, traps, herbicides and many other professional items that have helped individuals and companies get rid of unwanted guests. They connect those in need with products from 25-30 vendors. With so much product moving in and out, maintaining efficient warehouse storage strategies has always been a critical part of their daily operation.

By their nature, insects reproduce quickly. Commensurate with those short generation times, they evolve faster and can quickly adjust to environmental changes. They’ve been around for millions of years and aren’t going anywhere anytime soon. Of course, that doesn’t mean they need to be where you are.

An Abundance of Options

Have you ever wondered just how many insects there are? By some estimates, there are – at any one time – some 10 quintillion individual insects alive. In case you’re not a math person and are wondering, a “quintillion” is a “one” followed by 19 zeros! In the United States alone, there are about 91,000 individual species of insects. Suffice it to say, there are a lot of them. And while each and every one of them is unique and interesting, not everyone is an etymologist. People may be intrigued by insects, but that doesn’t mean you want them crawling around your house, let alone inside your house.

Do-It-Yourself Pest Control is primarily an online business. While there are retail stores in Phoenix, Arizona and Atlanta, it’s their warehouses in both locations that are truly the lifeblood of the business. As we all know, in this day and age, the success of any online retail business lies in that company’s ability to ship product quickly and accurately. It was when the warehouse in Atlanta ran out of storage space that company officials starting thinking about reworking the space.

“We were storing products in our shipping area because we just didn’t have the adequate storage space,” said Fletcher Cline, the company’s purchasing manager. “That overflow was adversely affecting our ability to ship out product in a manner with which we were comfortable. If we can only ship 500 or 600 orders a day (and we need to be doing 700 or 800), we put ourselves at a competitive disadvantage.”

Despite brainstorming with co-workers, Cline was at a loss to determine the best way to take full advantage of the available warehouse space. After plans for annexing a neighboring tenant’s space fell through, Cline finally went online in search of other options.

“I think I literally Googled, ‘How to increase storage space in a warehouse,’” he said. “When I did, I found several pictures of Spacesaver high-density products. It was a new idea to me, and so I reached out to Patterson Pope to find out more. We needed a ‘think outside the box’ option, and the high-density products were definitely that.”

An Idea with Legs

Patterson Pope Sales Representative Dick Beery met with Cline and several other Do It Yourself team members. The challenge was how to maximize the storage space available in the 12,000 square foot warehouse.

“Their goal was to not only increase storage capacity but to make it easier to get at the products,” said Beery. “Eventually, we decided on the ActivRAC high-density warehouse  storage system because of its strength, its expandability and its flexibility. We drew up several different orientations in a 2,000 square foot area. The orientation we finally settled on perfectly suited their needs.”

Do-It-Yourself Pest Control chose to install 12 ranges of ActivRAC. Some ranges measure 12’ high and some measure 16’ high. The unit creates moveable aisles, each measuring 24 feet long. Each aisle is wide enough to allow comfortable access to the individuals who regularly “pick” items throughout the day.

“Before the new system, that area had around 5,000 cubic feet of storage; we’ve been able to double that,” said Cline. “From a picking standpoint, it has greatly improved our ability to store a lot more products at lower shelving levels. That makes them easier to pick which also contributes to speeding things up.”

"People always tend to think that when they upgrade warehouse storage, they just need to find a bigger space. I’d encourage people to stop and think instead about the other options available to you. We, for instance, discovered that we weren’t maximizing our available space. For two years, I thought we couldn’t do anything, but then we worked with Patterson Pope and saw that there was another way.”
Fletcher Cline
Purchasing Manager – Do-It-Yourself Pest Control

“Choosing the ActivRAC system helped us increase our storage capacity, which in turn allowed us to clear up space in our shipping area,” added Cline. “That’s allowed us to ship 30-40 percent more per day. In this business, increasing it 10 percent would have been great, so to more than triple that is phenomenal. We’re now shipping about 14,500 packages a month.”

For Beery, the experience assisting a company like Do-It-Yourself was a rewarding and ironic one.

“These are great guys who care a lot about doing great work. We were able to assist them in finding a solution to their challenge, and their input was invaluable. Their specific requirements and their understanding of how their internal warehouse processes work contributed greatly the final orientation of the ActivRAC. Everything kind of flowed from there.”

In addition to the ActivRac, Do-It-Yourself purchased a LEVPRO suspended mobile shelving system. The LEVPRO was installed in their existing pallet rack and is essentially a high-density unit that utilizes the top beams to support the moveable ranges rather than floor-mounted rails. At Do-It-Yourself, the unit is used to house small bins that organize 500-600 different kinds of individual parts (new & replacement) for multiple products.

The “consultative approach” is what makes Patterson Pope a true partner. Discussing options and potential solutions with the end-users of the storage systems is what leads to satisfied customers and a job well done. That philosophy continued with Do-It-Yourself.

“It was Fletcher’s concept,” said Beery. “It was his idea to change the direction of the ActivRAC carriages to the way we finally installed them. It fit their need perfectly. Once Fletcher understood the concept, it was go time. Once he understood what he could have, it was like turning a light switch.”

Any business in operation for more than three decades knows itself pretty well. Their understanding of their own operation is what makes them the perfect ones to collaborate with when it comes to designing the right solutions.

“While it’s typical to say, ‘Think outside the box,’ you really have to,” said Cline. “People always tend to think that when they upgrade warehouse storage, they just need to find a bigger space. I’d encourage people to stop and think instead about the other options available to you. We, for instance, discovered that we weren’t maximizing our available space. For two years, I thought we couldn’t do anything, but then we worked with Patterson Pope and saw that there was another way.”

It’s your space. It’s your stuff. If you’re in a pinch and are looking for a different solution, trust Patterson Pope to help you store it better. 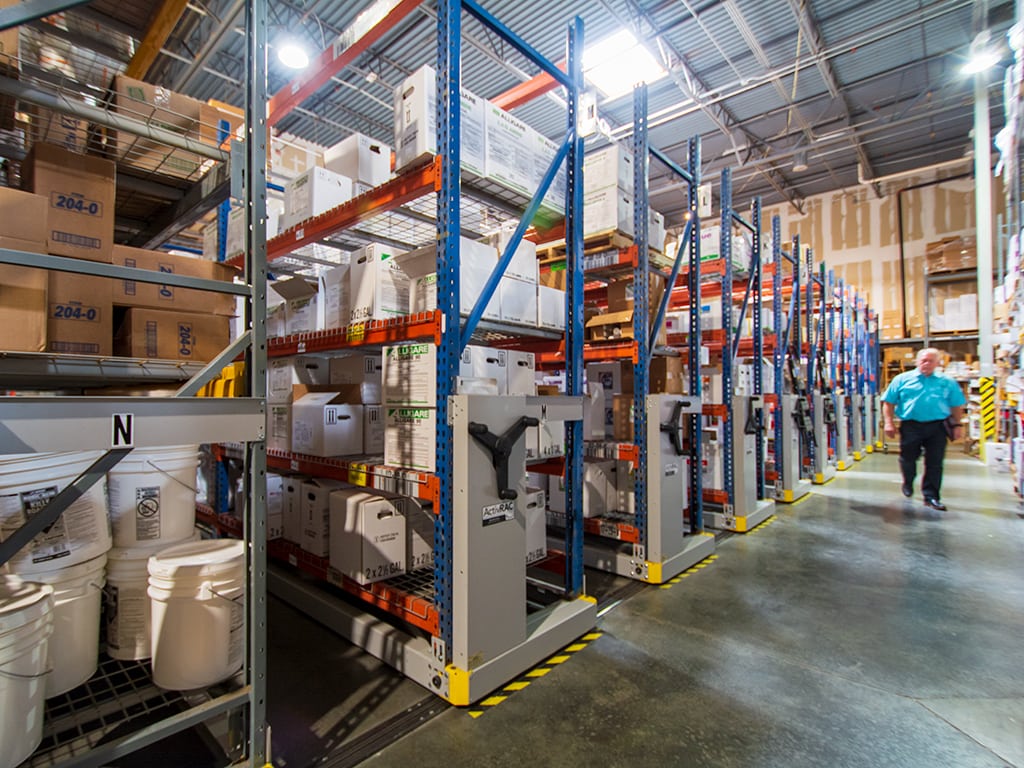 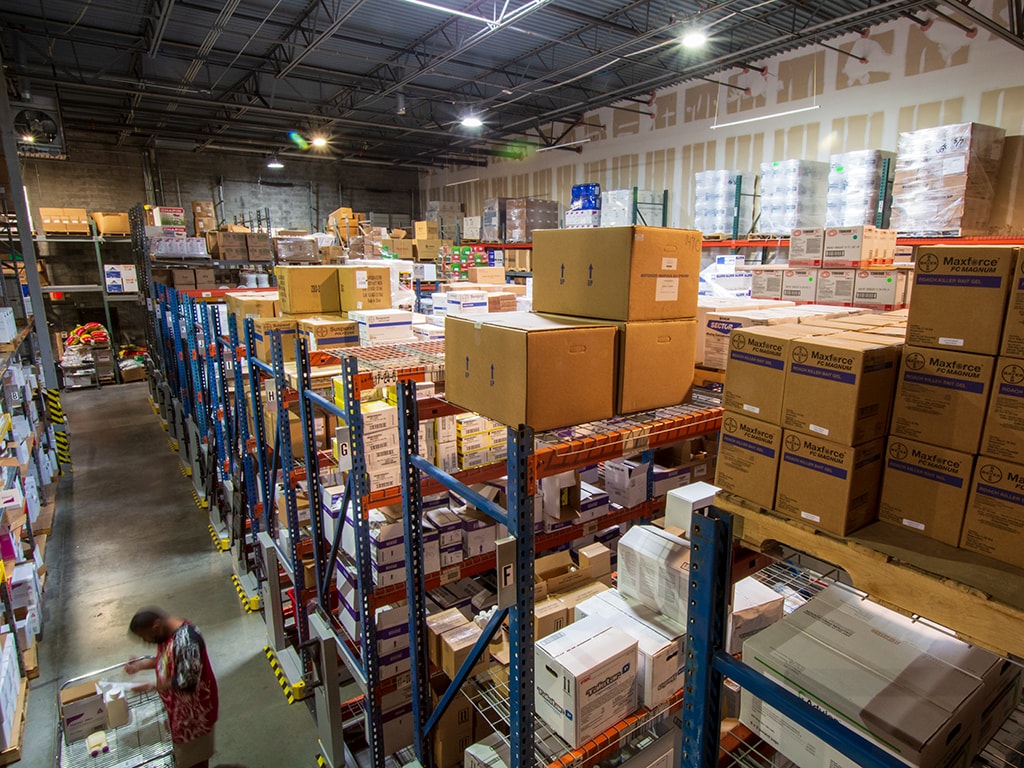 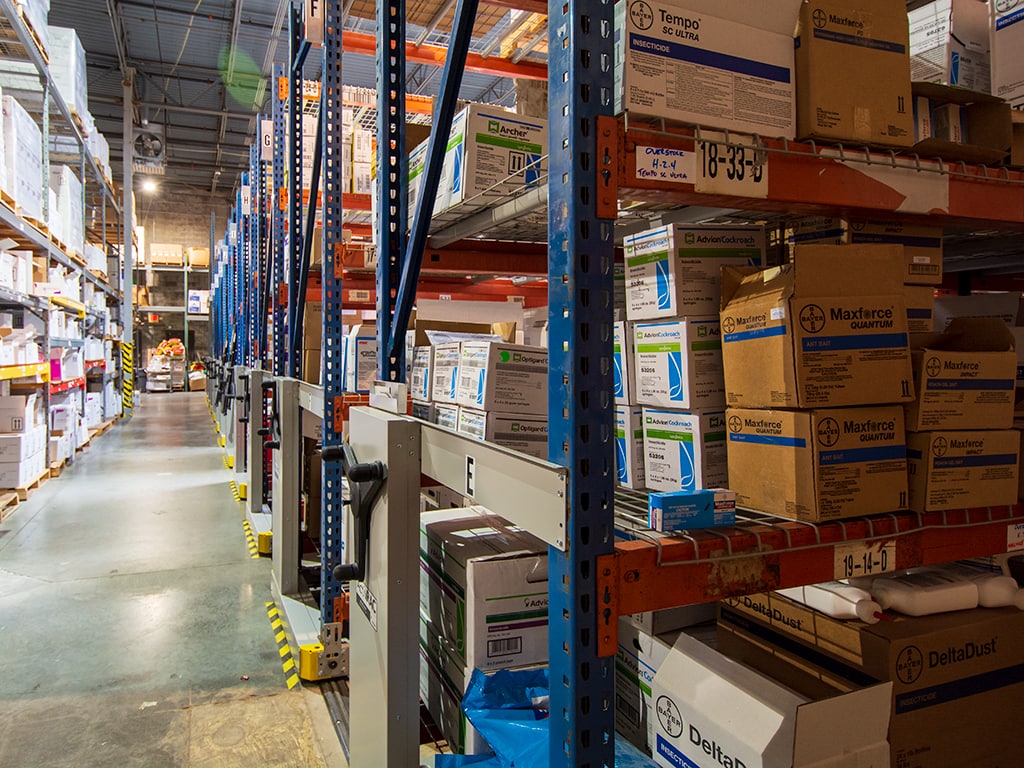 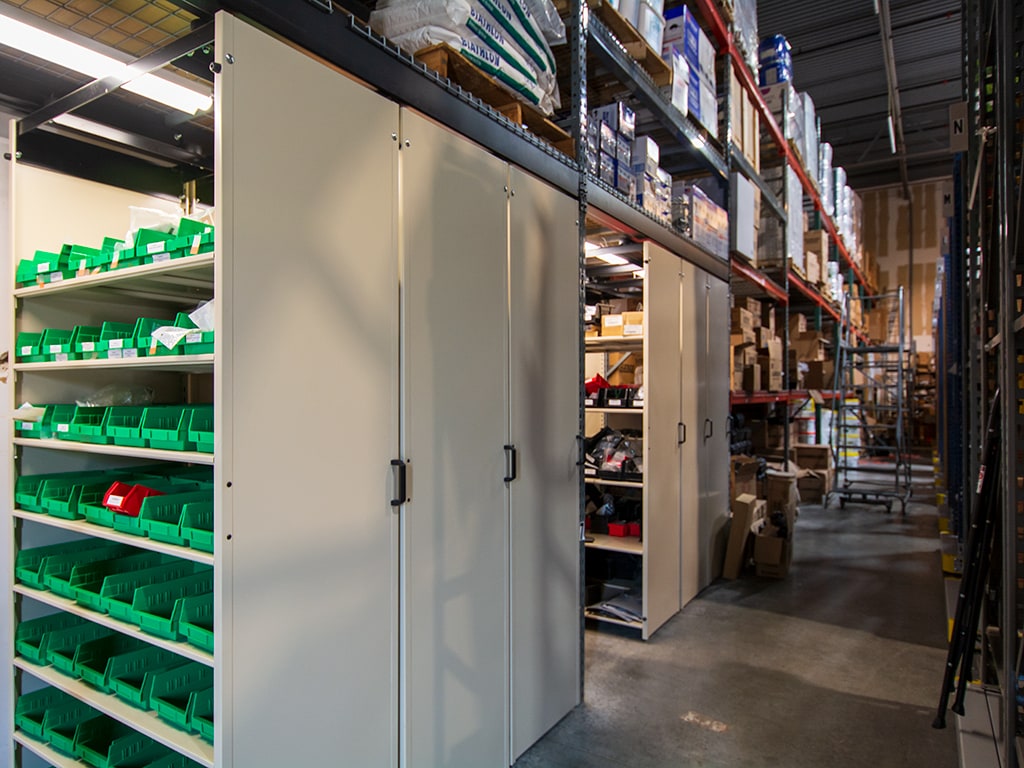 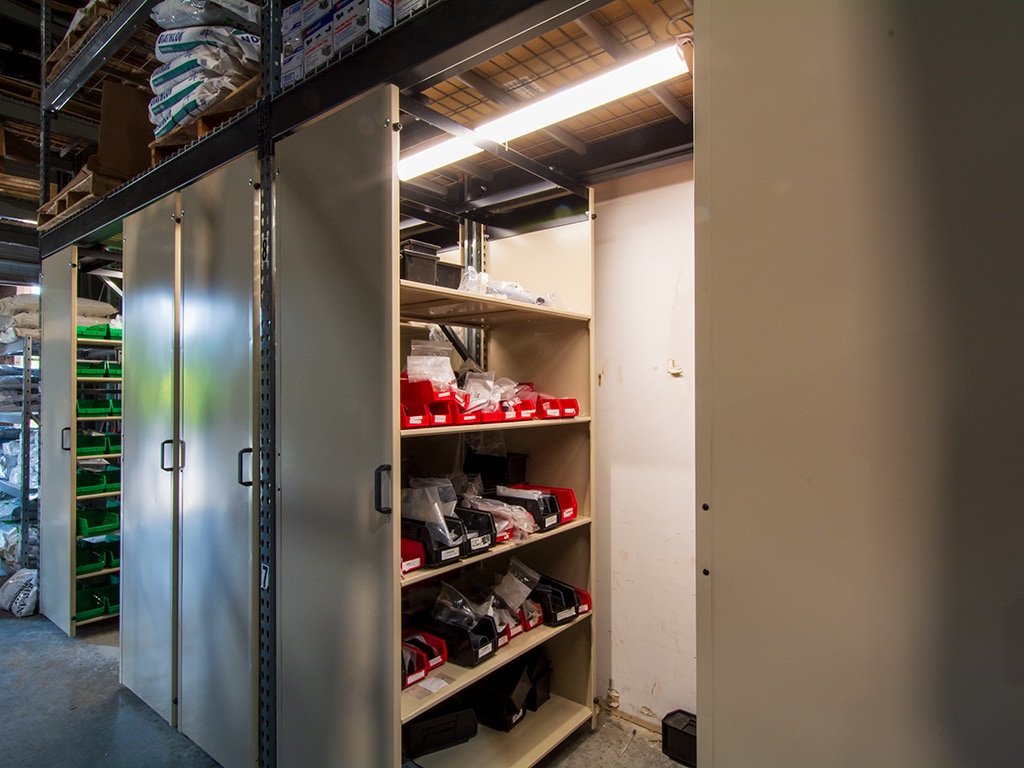 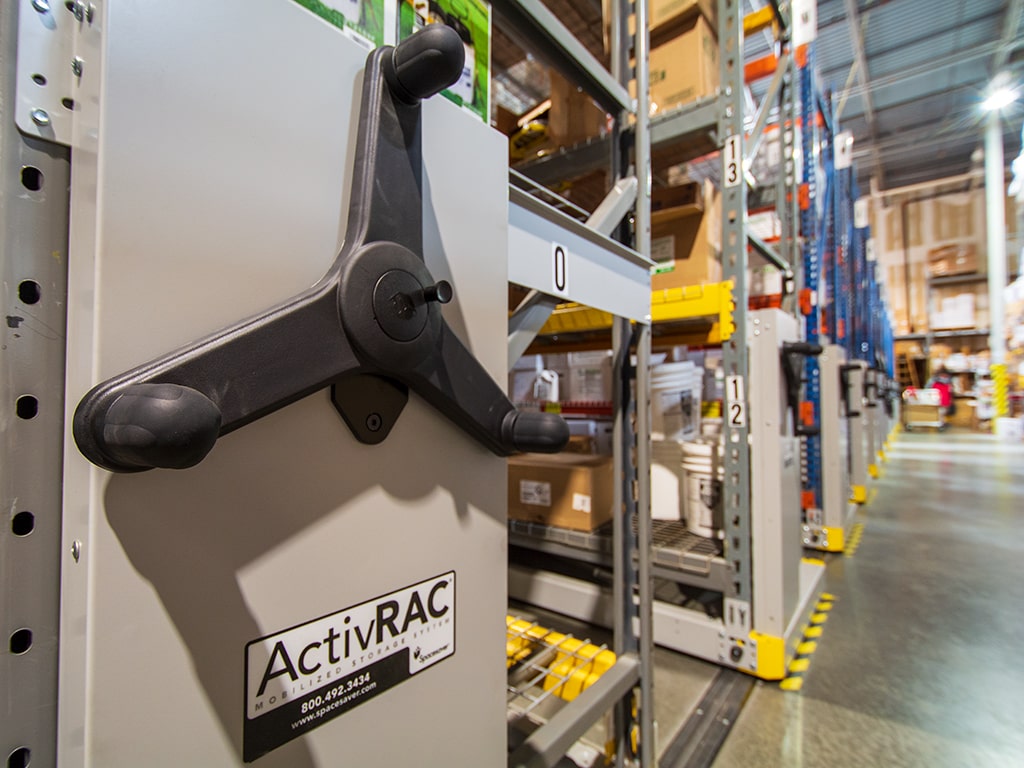