Like so many other industries, law enforcement is going through a number of changes, not the least of which is how evidence handling is done. What “evidence management” meant even five years ago is a far cry from what it means today. There’s been a lot going on! With that in mind, we thought it might be a good idea to take some time and examine some of the newer trends in the field.

1 – Evidence Management Stands on its Own

The master sleuth had a keen eye for detail. He knew the importance of paying attention to the smallest thing, as it was often the largest clue. Today, law enforcement is placing a redoubled emphasis on best practices, accreditation and adhering to internationally accepted standards in the field of evidence management. Law enforcement pros are more focused than ever on establishing and maintaining secure chain of custody.

If certain law enforcement offices or agencies are large enough, they may institute Pass-Through Lockers to ensure added security during exchanges. Whether an item needs to be returned to the evidence technician for proper labeling or is being securely given to an officer to take to court, this added security measure ensures proper chain-of–custody.

Space is always at a premium. Sometimes, there just isn’t enough room to store everything. In some areas, agencies are allowed to photograph evidence and then release it – provided it’s associated with misdemeanors and other lesser crimes. This method is also considered for items that are larger, awkward or hazardous to handle.

While this is already allowed in some cities and states, other areas require the object to be stored until adjudication or until the expiration of the term specified in the statute of limitations. Consult with the proper authorities before getting rid of evidence. 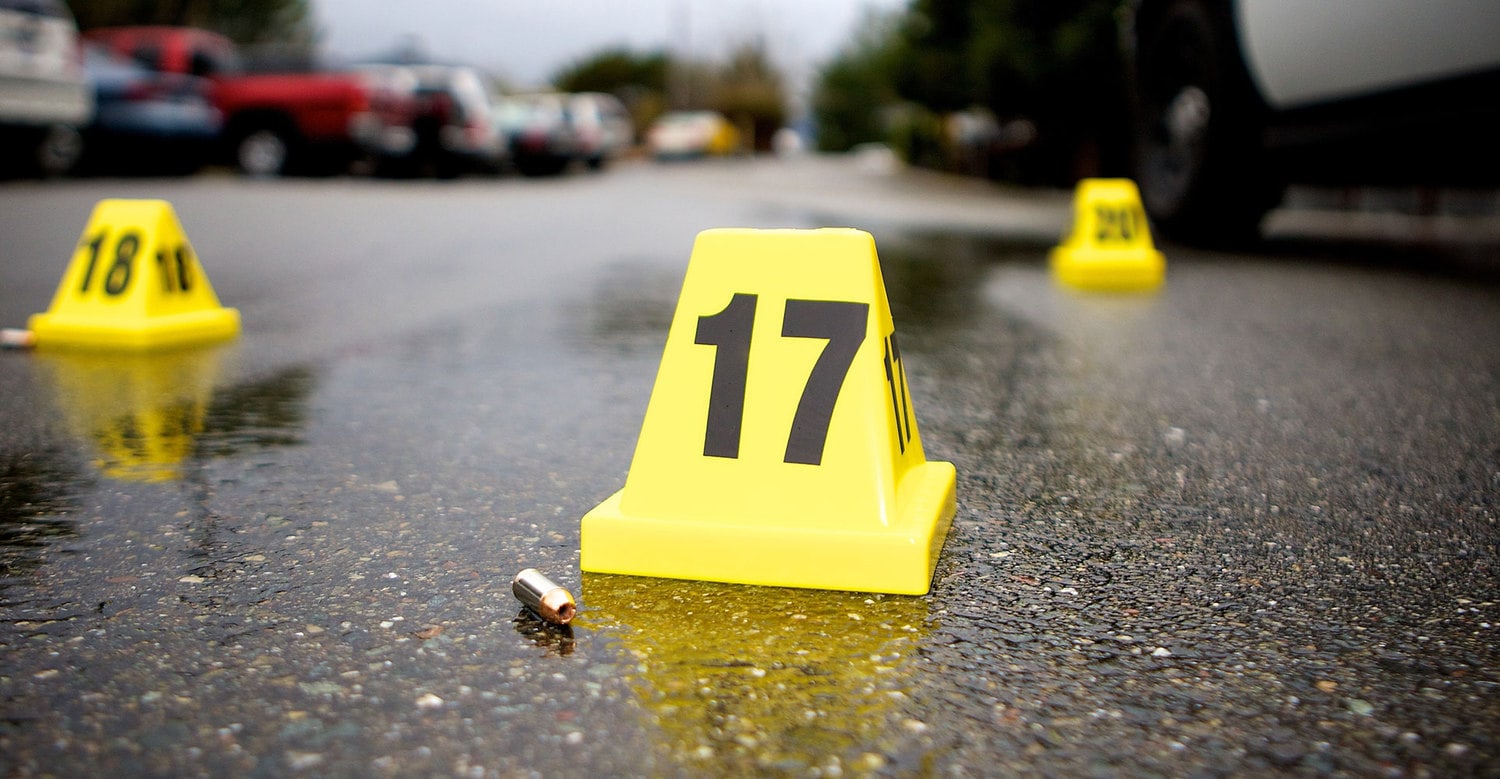 You know how some people click their key fob to help them locate their vehicle in an arena parking lot? That’s kind of the idea behind electronic evidence management. A small chip, barcode or other RFID device is attached to various pieces of evidence, and each is then assigned its own identifier. The jury is still out – pun intended – on which method of tagging is best, but it’s definitely a growing trend.

Just as many organizations choose to store some of their files or other items at a location away from their office, some law enforcement offices choose this option for evidence storage. Many of these agencies, especially in smaller towns, simply don’t have enough room to store their growing collections. Remember, there are some items (specifically for murder cases) that are stored forever.

Choosing to store some of these items off-site not only frees up physical space, but can save an agency money – especially if the selected warehouse facility is in a less desirable area. The larger area also provides an opportunity for ideal organization and cataloging of items.

Sometimes, it takes a village. We’ve already mentioned – here and elsewhere – that many law enforcement offices and agencies are in small spaces. They simply do not have the room to store large quantities of physical evidence. While every one of these offices may have dreams of redesigning/rebuilding their space, in most instances such an option is not feasible. As an alternative, small departments and regional branches of larger departments are electing to pool their resources. In essence, the various offices share their storage spaces for the good of the whole.

When it comes to marijuana, attitudes are changing – in some places. This has been beneficial in states where marijuana has been declared legal, as it means that a great deal of it no longer has to be kept as evidence. This has led to a “clearing out” of a lot of backlogged material that was cumbersome, odorous and emitted harmful fumes.

The reality of marijuana still being illegal in some states, however, has caused some additional issues for law enforcement and evidence collection. In states where it is legal in some way – currently 48 states and DC – butane hash reduction has become an issue, leading to accidental fires. This, of course, leads to its own evidence growth. In states where marijuana isn’t legal, smaller agencies are being overwhelmed with evidence from trafficking and other drug-related crimes. 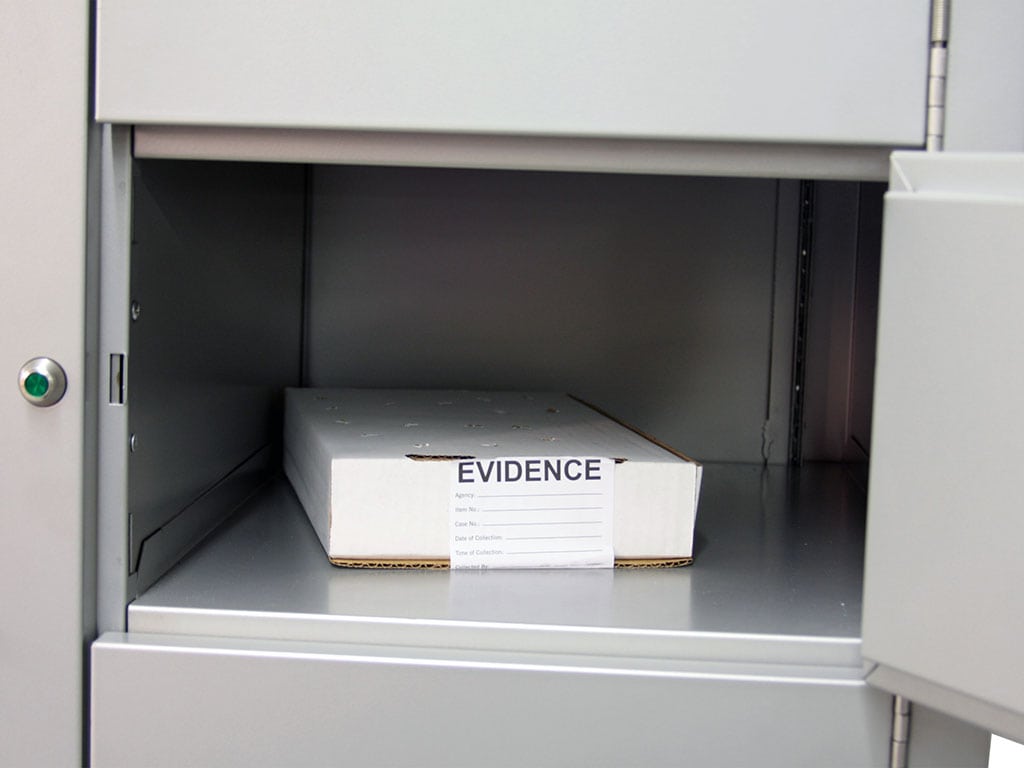 Exactly what is the best way to store DNA evidence for the long term has yet to be determined. Regulations vary from state to state, and many more DNA samples are acquired every year. Compact cool storage systems – whether in the form of Refrigerated Lockers, air-conditioned rooms or off-site warehouses – will prolong the useful life of evidence.

Television shows like “CSI” and other procedurals have drawn a lot of attention to DNA analysis, and with good reason. The technology has, in many respects, enhanced police work. Today, attention has been focused on the huge backlog of untested sexual assault kits being held at law enforcement agencies nationwide. These kits, some of which were assembled decades ago, have the potential to convict or exonerate defendants accused of sexual assault.

Of concern is the fact that many agencies do not have these untested kits stored in an organized fashion. They might not even know how many they have. The advances in technology and the associated understanding of just how critical DNA testing can be in either convicting or exonerating individuals makes focusing on establishing a well-organized system and a secure chain of custody essential. The establishment of designated areas for these kits is fast becoming a priority.

The development of in-house laboratories and forensic labs makes a lot of sense for law enforcement. The switch speeds up analysis time, certainly. Along with this and a smoother workflow, though, there are some concerns. With the increased roles come higher expectations, not the least of which is higher safety ratings. This includes augmenting facility design to contain potentially hazardous pathogens.

Along with that, it’s important to remember that these facilities could be visited by families and friends of homicide victims. The evidence storage facility designs need to be respectful of that.

So let’s build on that mention of hazardous materials. Some evidence, like spray paint, gas cans, and other flammable or explosive materials are obviously dangerous. Other items, like mattresses or sofa cushions infested with lice or bedbugs, also require isolation.

Law enforcement agencies are increasing their efforts to separate hazardous materials. This usually involves the installation of secure, vented, fire-rated cabinets inside or even outside an evidence storage facility.

As you are no doubt aware from its increased media coverage, body cameras and other video evidence is receiving increased focus. This means, of course, many hours of footage is being kept as both potential and actual evidence. Some agencies prefer to keep this data on-site by purchasing hard drives, while other agencies use the cloud. No matter which method is ultimately chosen, formal procedures should be established and implemented to maintain evidence, as well as to dispose of files that are not needed.

The importance of proper evidence storage cannot be underestimated. Proper chain of custody is essential to the execution of our judicial system. These dozen trends are all worth noting, and point to the increasing focus on ensuring that every step is taken to provide for exceptional procedures.

What other trends are you noticing?