In cities all across the country, evidence storage plays a critical role in helping protect citizens’ rights and ensuring communities’ safety. The pursuit of justice through our court systems is aided significantly by the safe, secure storage of all sorts of pieces of evidence. Whether those items are large or small, their safekeeping is of great importance for law enforcement in general and evidence technicians in particular.

In 2019, nearly 90,000 people call Mount Pleasant, South Carolina home. Located right next door to historic Charleston, the town boasts its own charm. Plantation museums, regional cuisine and attractions like Patriots Point (a naval and maritime museum that’s home to the World War II aircraft carrier USS Yorktown) combine to create a quaint, homey feel. Over the next five to 10 years, the population of Mount Pleasant is expected to grow by about 20 percent. It’s part of a growth trend that has been fairly constant in the area since the turn of the 21st century.

Sergeant Greg Horton oversees forensic services for the Mount Pleasant Police Department. He knows that along with steady growth often comes an increase, unfortunately, in misdeeds. That, in turn, means an increase in the amount of evidence coming under his purview.

“Before the department moved into this new facility in 2017, our evidence room measured fewer than 300 square feet,” said Sgt. Horton. “We had definitely gone beyond capacity. The new space was a more than welcome chance to do more. Getting ready for that move meant figuring out what evidentiary items we could purge, and determining how to best use the new space.”

Knowing only that he wanted great shelving, Sgt. Horton began doing some research. That scouring of the Internet led him to Spacesaver. That, in turn, led him to Patterson Pope Sales Representative Kristin Ormand.

“This project was two years in the making even before we did any installation,” said Ormand. “We were lucky enough to work with Sgt. Horton and the architects pretty much from the outset, so we were able to have a good deal of input into how the process developed.”

For Sgt. Horton, the Patterson Pope expertise was appreciated from the very beginning.

“Patterson Pope was great,” he said. “Going into it, I had some ideas about what I wanted, but Kristin really helped educate me about what was possible. I didn’t know anything about mobile storage systems, for example, so you can imagine how pleased I was to discover that I’d be able to get more stuff in the same space just by using the right product.”

In the Mount Pleasant Police Department’s new downtown space, the evidence storage area gave Sgt. Horton and his team more than twice the evidence storage square footage as their previous facility. That flexibility allowed for tweaks that provided not only for the accommodation of more items, but that would soon prove worthy of accreditation by the International Association for Property and Evidence, or IAPE.

"We get about 1,800 new pieces of evidence over the course of a year’s time. It’s a growth rate of about five percent annually,” said Sgt. Horton. “When we first moved into this building, we were told to plan on being here for at least 75 years. I’m confident that with the evidence storage solution we’ve devised, that’s completely achievable.”

“With all this extra room, I was able to delineate certain areas for certain kinds of items,” said Sgt. Horton. “Homicide evidence in one area. Sexual assault kits in another area. That sort of thing.”

For her part, Ormand recognized the critical importance of knowledge sharing to help make the project successful. Patterson Pope may be expert at all things storage, she noted, but it’s the clients who are expert at their specific areas. Trusting the interchange of that knowledge and appreciating the value of that segmented experience yields amazing results. 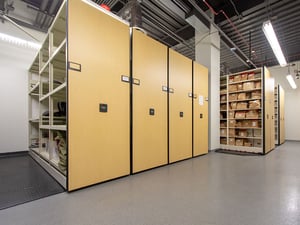 “We used a combination of products,” said Ormand. “A powered high-density mobile storage system was the centerpiece. We also provided them with 15 feet of pass-thru evidence lockers. Here, the interior shelving can be reconfigured to accommodate different-sized pieces should their needs change over time. We also installed Spacesaver four-post shelving, and a weapons rack.”

Per industry and IAPE standards, items like weapons and narcotics are kept in separate, locked rooms that also feature their own alarm systems. The extra levels of security provide protection and peace of mind.

Power in the Process

“We always make recommendations to the client based not only on things that exist in their environment but on things we’ve learned through experience on similar jobs. We know what works and why,” added Ormand. “While there may be situations where the client would prefer to ignore this, that or the other, or pass over a certain detail, we know from experience that it’s really something that needs to be addressed. We will make that point fairly strongly. It’s always about doing what’s right for the client. We want to serve them well.”

“For us, Patterson Pope was a lifesaver,” said Sgt. Horton. “Their attention to detail, their patience and their responsiveness have been really wonderful all the way through. What I most appreciate is the awareness I have today that they’re providing an ever-present service, not just selling a product. They really invest in the relationship. That’s been fantastic to have.”

What advice does Sgt. Horton have for other evidence technicians facing impending changes in their own evidence storage facilities? 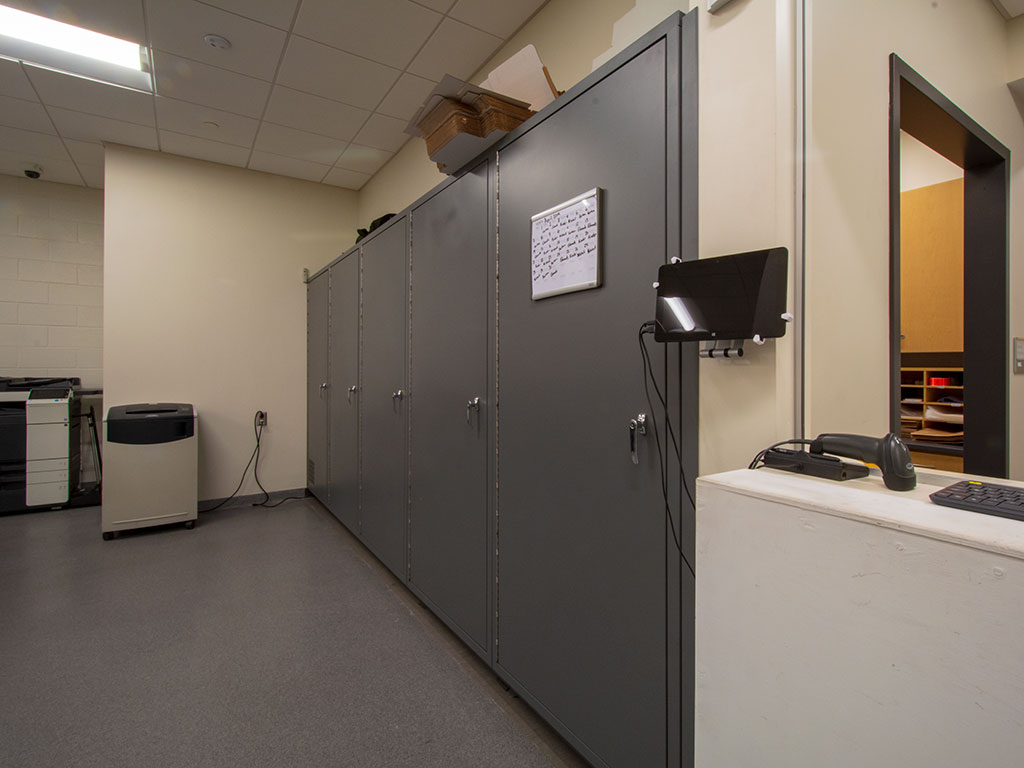 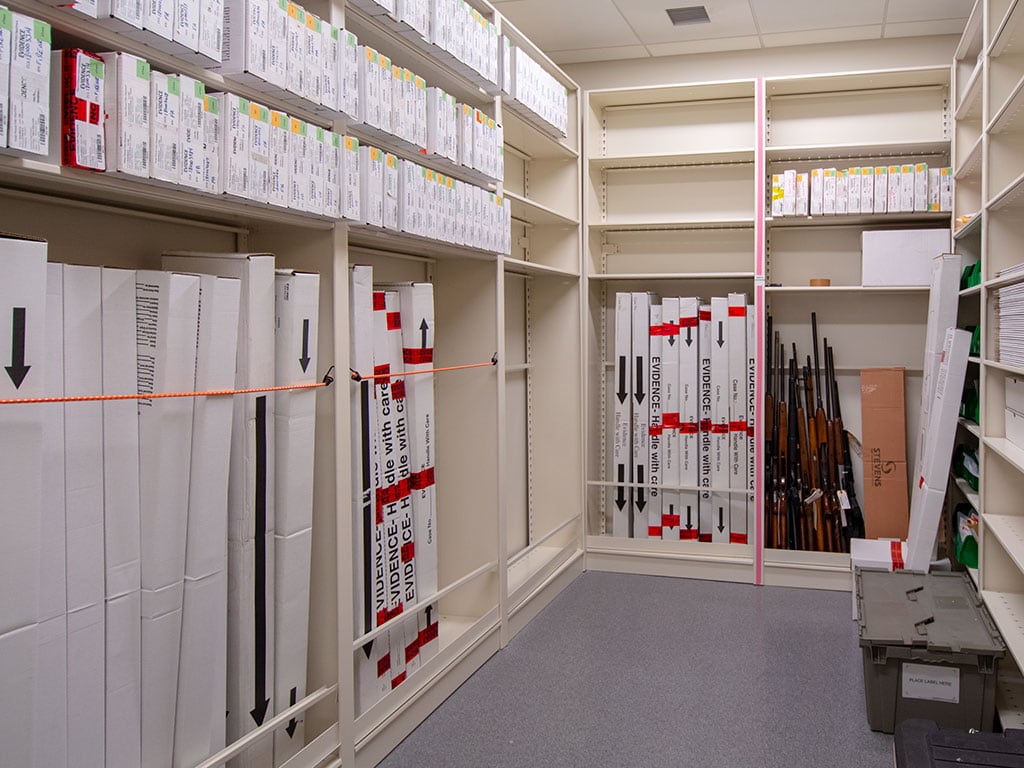 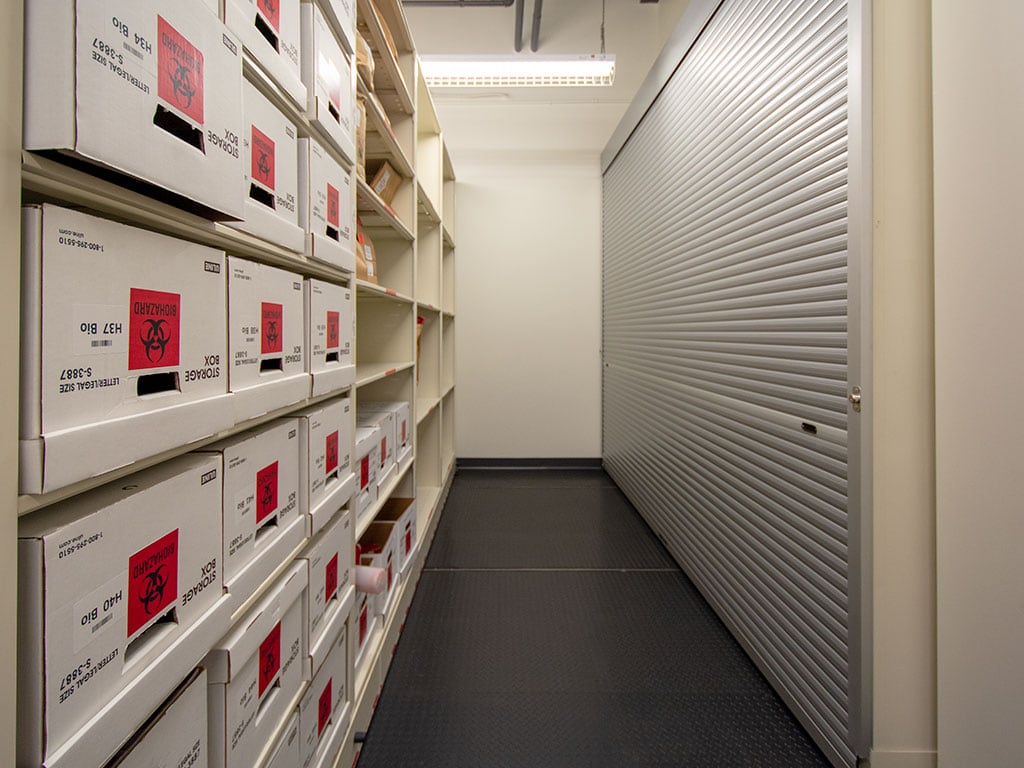 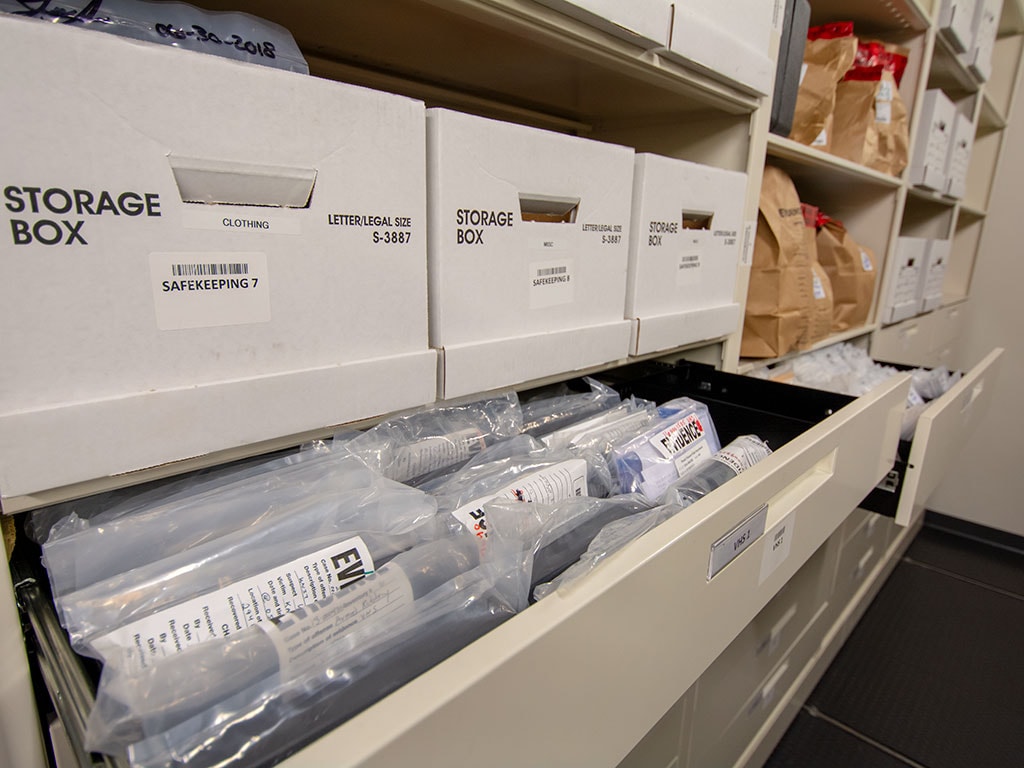