Museum Stores Up on Kentucky History

Since 1884, the Filson Historical Society has been helping to preserve and celebrate the history of Kentucky and the Ohio River Valley. Its collections include 2.1 million documents, 10,000 museum items, more than 50,000 books, 75 years of digitized, searchable issues of The Filson Club History Quarterly, and approximately 900 works of art, including in excess of 600 portraits.

In 2016, after 30 years of storing items in stacks at Louisville’s historic Ferguson Mansion, the Society outgrew its collection storage capacity and therefore expanded into the brand-new Owsley Brown II History Center, constructed on newly owned property just adjacent to the mansion. Almost a decade’s worth of planning went into the move, including careful thought given to making the most of the new museum’s storage potential.

Any new construction project is going to have its challenges. The Filson Historical Society’s move of its collections was no exception. But when it came to making sure that the new space would be ready to receive the eminent collections with open arms – or open shelves, as it were – there was one company that Curator of Collections Jim Holmberg knew he could trust. Patterson Pope.

“We’d worked with Sales Representative Glen Kalley for years,” said Holmberg. “We’d done some renovation projects with him before, so we knew what a great guy he was. He’d always made sure we had everything we needed, and we confidently called Patterson Pope to help us out.”

With Filson Historical Society bursting at the seams with treasures, find out how the Society’s museum was able to add storage space in a smart, planned and purposeful way. 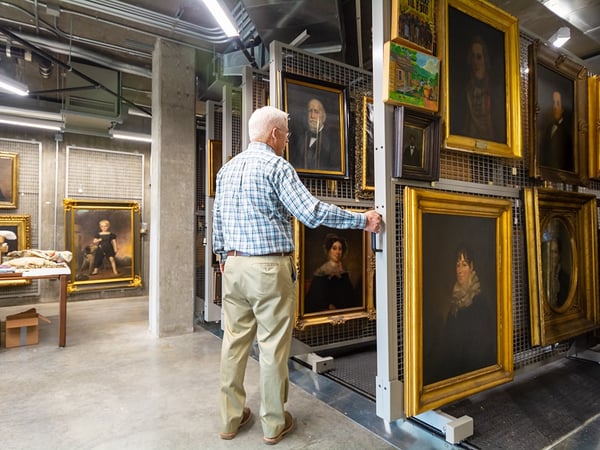 A Growing Sense of Need

From 1929 to 1986, the Filson Historical Society Museum had been located in another building just a mile-and-a-half away from the Ferguson Mansion. Over the years, as its collections grew, space became an issue. After 50+ years there, then 30 years in the mansion, the need for additional collection storage space became paramount once more. Located in the historic “Old Louisville” (a neighborhood dating from 1883) part of town, the area had become synonymous with the Society’s work, so staying was a priority.

Rather than deciding on another move, Society leaders brought in an architectural firm to add on to the existing structure. The result was a new 18,735 square foot building and the renovation of the existing Ferguson Mansion and its adjacent carriage house. From the very earliest days of design, plans were made for the installation of high-density compact collection storage to help make the most of the space. 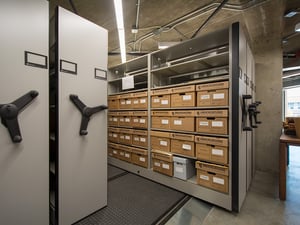 “We knew from the outset what we wanted to do, and Glen was a huge part of helping the installation go smoothly,” said Holmberg.

“There may have been a few challenges along the way, but in my experience that sort of thing just makes the final result more rewarding for the client,” added Kalley. “This was a somewhat unusual situation in that the design for the layout came from an outside source, but Jim and his team, in the end, were happy with the result. That’s what it’s all about.”

The new addition has high-density compact museum shelving on four of the building’s five floors. The fifth floor boasts movable art racks, as well as shelving and five storage cabinets. The fourth floor holds archival materials, and the third floor showcases a curated collection visible on a high-density art rack behind glass walls. The second floor holds a mixture of archival library and museum collections.

“I can’t express to you how exciting that is. Having the ability to make it exactly the way we want it,” said Holmberg. “Once the new shelving went in, we were able to zone everything the way we wanted it. Having a blank slate with all that empty shelving has really helped us do some nice organization.”

In addition to the manual-assist compact units, the Society also opted for five traditional museum storage cabinets as part of the shelving system, as well as a map case (also known as a flat file) for the smaller artwork and more miniature items. The cases were quickly reserved for items like edged weapons, firearms, silver, canes, and parasols. A total of 5,100 square feet of art racks now accommodate the growing – and astounding – collection of portraits, paintings and other artwork.

"The Society's mission, as the region's pre-eminent member-based historical society, is to collect, preserve, and tell the significant stories of Kentucky and Ohio Valley history and culture."

The Joy of Discovery

Even prior to his employment at the Filson Historical Society, Jim Holmberg had an interest in learning about the early days of the West and the rugged tales of frontier adventure. That pastime grew to a passion once he experienced more and more of the collections, as curator.

“I’m especially fond of the Lewis and Clark items we have here,” he said. “About a third of the men on that expedition were from Kentucky, including William Clark himself. Also included was a man named York, Clark’s enslaved African-American, and the “Nine Young Men from Kentucky,” men recruited from the area. These were some of the most important men in the expedition. As we know, they made history with their journey. In fact, York, for example, became the first African-American to cross the United States from coast to coast and the first African-American to cross the North American continent north of Mexico.”

Also included among the Lewis & Clark items is one of the few verified animal artifacts from that expedition – the horn of a bighorn sheep that Clark gave to one of his sisters.

The museum also boasts a collection from the War of 1812 and items from the Civil War, including letters from soldiers both from Kentucky and those from northern states like Illinois, Wisconsin and Michigan who were just passing through on their way to the western theatre. A full 135 years after 10 men with an interest in history first gathered in the home of Col. Reuben T. Durrett, the Filson Historical Society has grown in prominence and prestige, assuring its own place in Kentucky history.

“We were so jammed in the six levels of the stacks (or ‘the mansion stacks,’ as we called them) and carriage house storage,” said Holmberg. “When the carriage house was gutted and renovated, the museum collection had to go off-site, and then it all had to come back. When you see it all now, in the new units, you’re like, ‘Holy smokes!’ It makes you wonder how we ever managed. Patterson Pope worked with us to get us exactly what we needed, and it’s made a big difference.”

Stay tuned. There’s more history yet to be made. 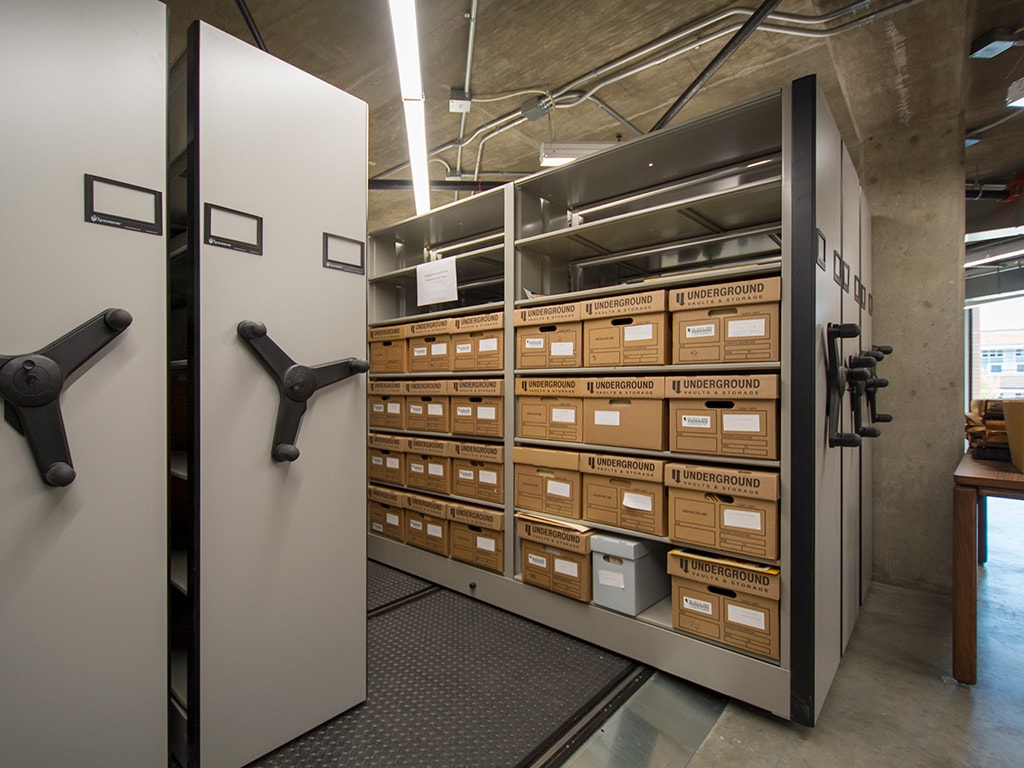 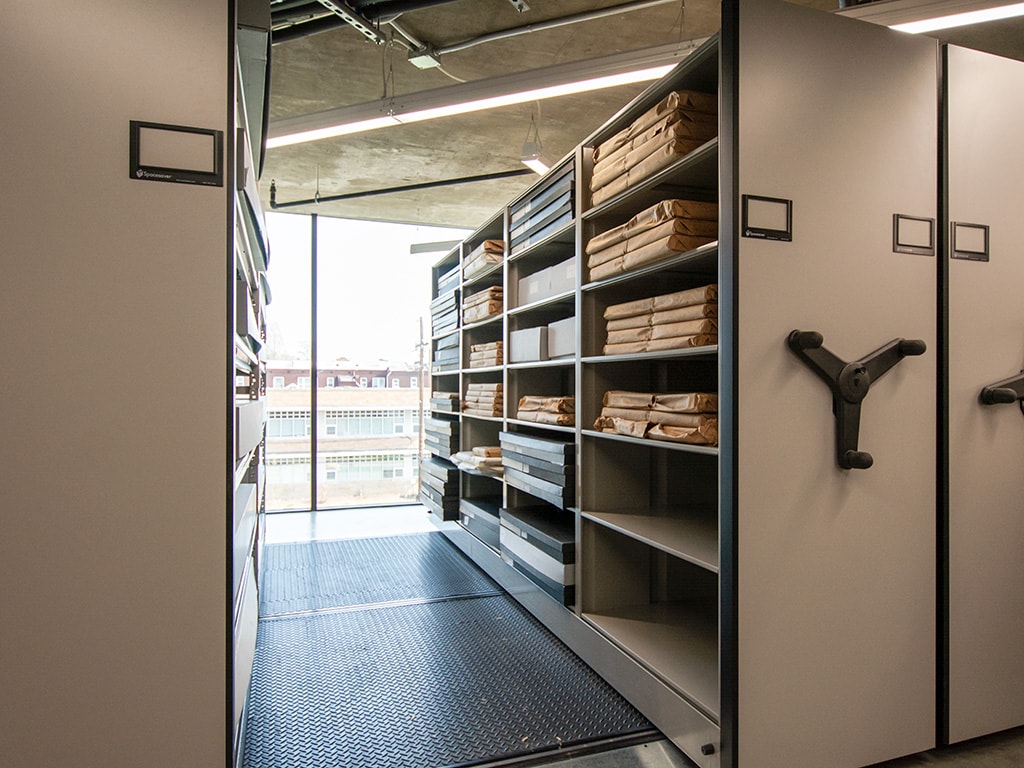 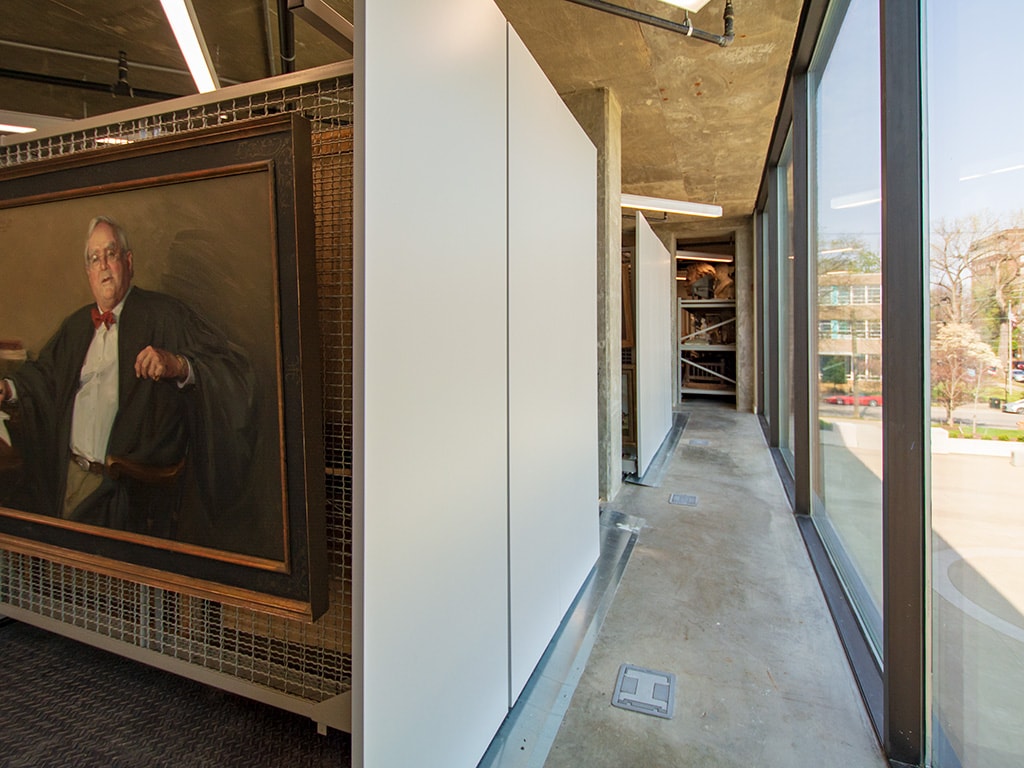 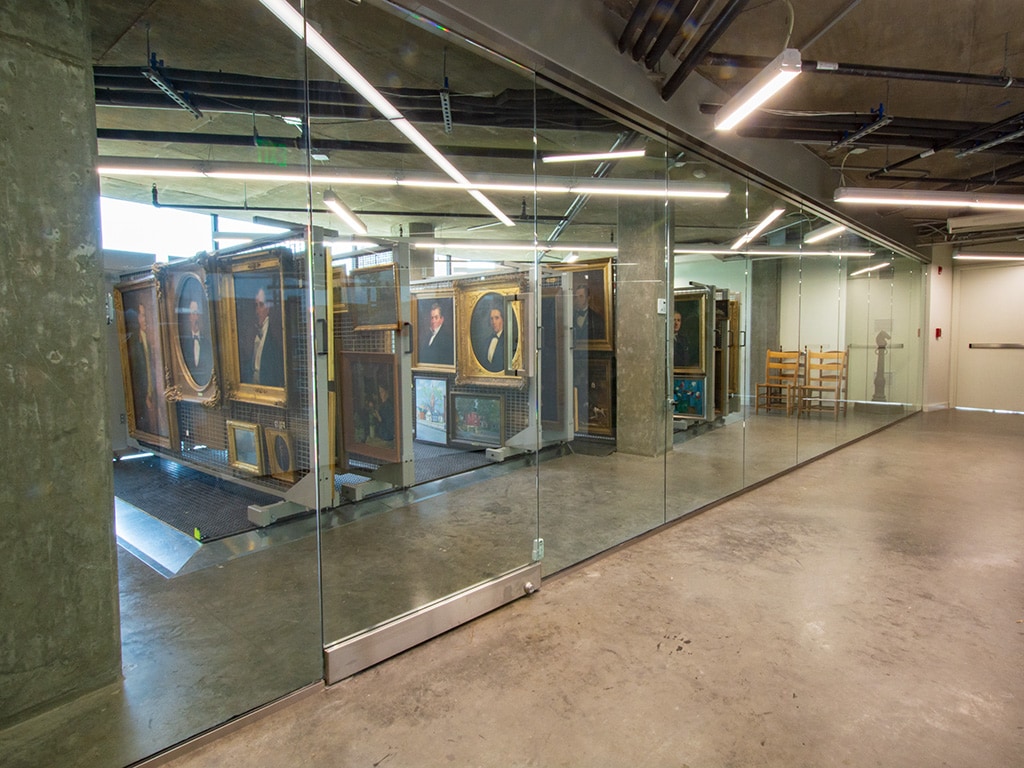 See more posts by Stuffey
Next Post
Are You Compliant? Four Key Elements of Evidence Storage