By some estimates, someone in the U.S. is sexually assaulted every 98 seconds. Think about that. Every day, in excess of 570 people experience sexual violence in this country.

Here are just a few other sobering statistics*:

These numbers are heartbreaking, but they also serve as motivation. Understanding the positive effect that properly stored – and tested – sexual assault kits can have on stemming the tide of these types of crimes is critical.

It’s with these numbers in mind that Patterson Pope recently spoke with Joe Latta, a certified property evidence specialist with the International Association for Property and Evidence, Incorporated. A 30-year law enforcement veteran, Latta travels the country helping evidence technicians better understand how to properly store and track their evidence. And even more importantly, he helps them understand why doing so matters. These days, the topic of most concern in these circles is the importance of properly storing, tracking and testing sexual assault kits.

The Power of Collaboration

“The worst thing in the world is for a police department to be contacted by the media or an advocacy group and not have any answers to the questions about sexual assault kits,” he said. “Simple questions like, ‘How many do you have?’ and “How many are untested?’ These days especially, you’ve gotta know that stuff.” 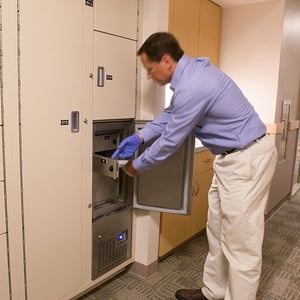 The DNA evidence collected in sexual assault kits is hugely valuable for a number of reasons. Obviously, when tested, that evidence can be compared to that of anyone who has been entered into the Combined DNA Index (CODIS), the United States’ national DNA database. This can help identify criminals already in the system. Secondly, getting new DNA entered can potentially help solve cold cases by introducing potential new evidentiary DNA.

According to the advocacy website EndtheBacklog.org, it is estimated that “hundreds of thousands of [sexual assault] kits sit untested in police department and crime lab storage facilities across the country…Each kit represents a lost opportunity to bring healing and justice to a survivor of sexual violence and safety to a community.”

The importance of carefully storing and properly testing these kits has obvious merit. Why, then, the backlog?

“There are a variety of reasons,” said Latta. “There are some cases out there right now where sexual assault kits don’t get sent to the lab because the victim doesn’t want to prosecute for whatever reason. Maybe the suspect is a friend, a boyfriend, fiancé or even a husband. Or maybe the prosecutor isn’t going to prosecute because he or she doesn’t have a reliable witness. In most cases, it’s simply a matter of money. It can cost anywhere from $400 to $1,500 to test a single sexual assault kit. When you consider that there might be as many as 400,000 untested kits out there, you can see how quickly that adds up.”

“Organized storage methods are an important first step in making sure sexual assault kits are treated with care. Using the data they provide is critical in helping solve crimes and helping reduce the number of offenders on the streets. Proper storage and testing can change lives. It’s that important.”

Latta adds that historically, there was nothing that mandated that the kits be tested. As a result, they’ve been stacking up. Some evidence rooms have untested kits that are 15 years old or even older. The thinking was, hey, unless we’re going to prosecute this case, why test it?

Thankfully, legislators are recognizing that the status quo is unacceptable.

“There are now 19 states (38 percent) that have mandated that you must have a sexual assault kit to the lab in a matter of so many days,” said Latta. “Here in California, it’s 120 days. And then once the lab gets it, they have so many days to test it.” 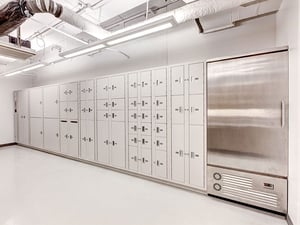 The lack of money – and in some cases, manpower – have historically been cited as the primary causes for the backlog. While this is changing thanks to both new laws and continued pressure from the press and women’s advocacy groups, it’s not happening overnight. As a result, the storage of these kits remains of critical importance, as well.

“Think about it,” said Latta. “You could have a serial rapist out there, and while you might not be able to prosecute him, you might still be able to identify who he is from biological evidence (i.e., DNA). Then maybe you look at him for other cases. The same thing applies for homicides and everything else. You get as many profiles of perpetrators into the system as you can and then see if you can’t match them up with known crimes.”

For more on these storage solutions, check out our DNA Evidence Storage Cut Sheet.

While it used to be thought that DNA evidence needed to be kept refrigerated, newer research indicates that as long as it is kept in a cool, climate-controlled environment, there is little chance of degradation over time.

“One of the things we teach in our classes is for evidence technicians to keep all of their sexual assault kits on a shelf dimensioned specifically for them,” said Latta. “Sexual assault kits and gun boxes are very much the same size, typically. We recommend something similar to a library shelf – a shelf that’s not very deep but can accommodate a number of boxes of the same size.

“There are some departments where the kits come in envelopes, but then you file those in a drawer, or you file them in a bin or a tray or some other kind of container with some kind of tracking number,” he continued. “We also recommend that there be some sort of designation or even a separate shelf for those that are tested and those that have not been tested. That gives management the ability to quickly see what’s in the inventory.”

A Journey Worth Taking

It’s no secret that the popularity of such television shows as “CSI” and “NCIS”, to name just two, have made the public much more aware of the value of DNA testing in public safety. It is interesting to note, though, that “swabbing” for DNA samples of perpetrators of crimes only began en masse about 10 years ago.

To illustrate DNA’s importance to the pursuit of justice, consider the “Grim Sleeper” case in California, where familial DNA was used to help nab a serial killer in Southeast Los Angeles in 2015 who had committed more than a dozen murders.“There has been more than $1 billion in grants awarded over the years in an effort to increase the capacity of the labs and get everything tested,” added Latta. “Organized storage methods are an important first step in making sure sexual assault kits are treated with care. Using the data they provide is critical in helping solve crimes and helping reduce the number of offenders on the streets. Thankfully, the philosophy of not testing a kit for whatever reason is going away. It has to. Proper storage and testing can change lives. It’s that important.”

The pursuit of justice may be a winding road, but it’s a journey well worth taking. 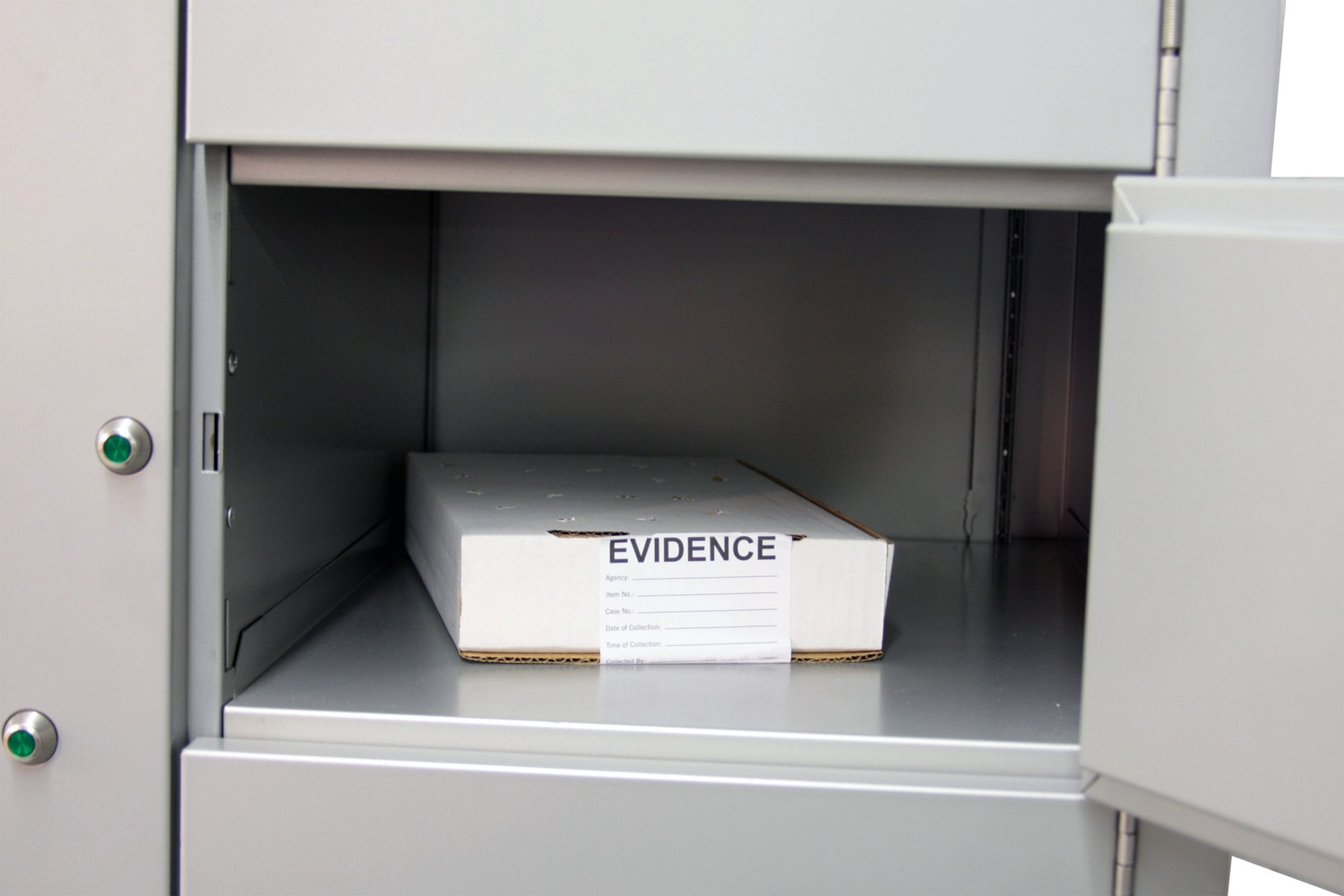 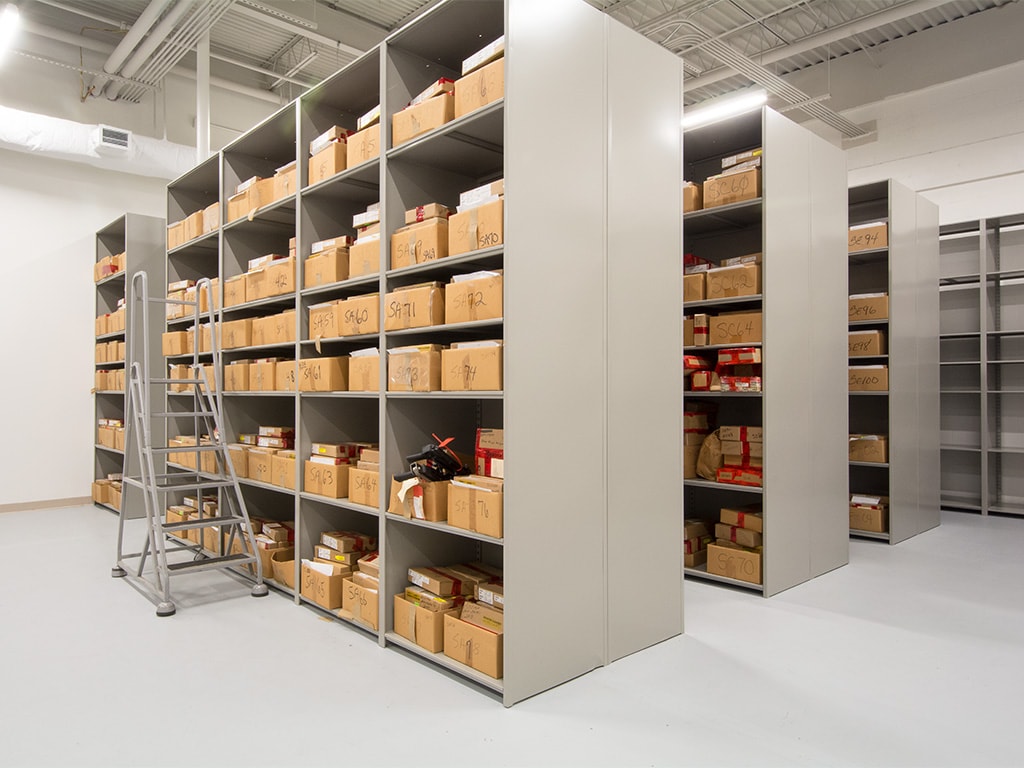 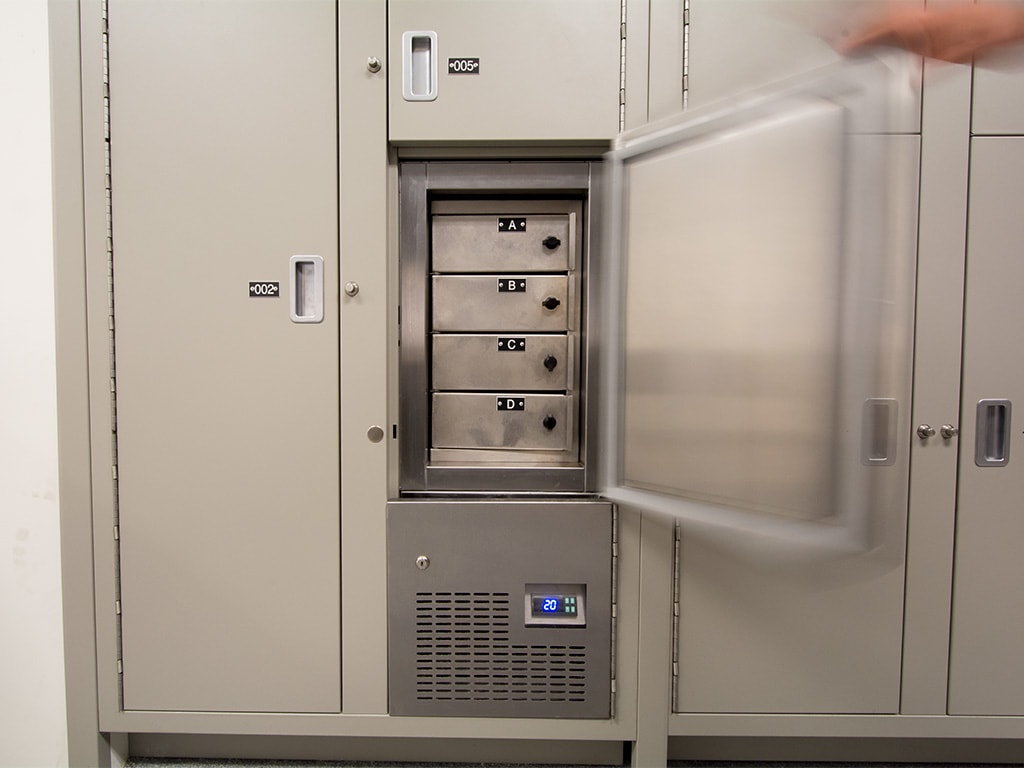 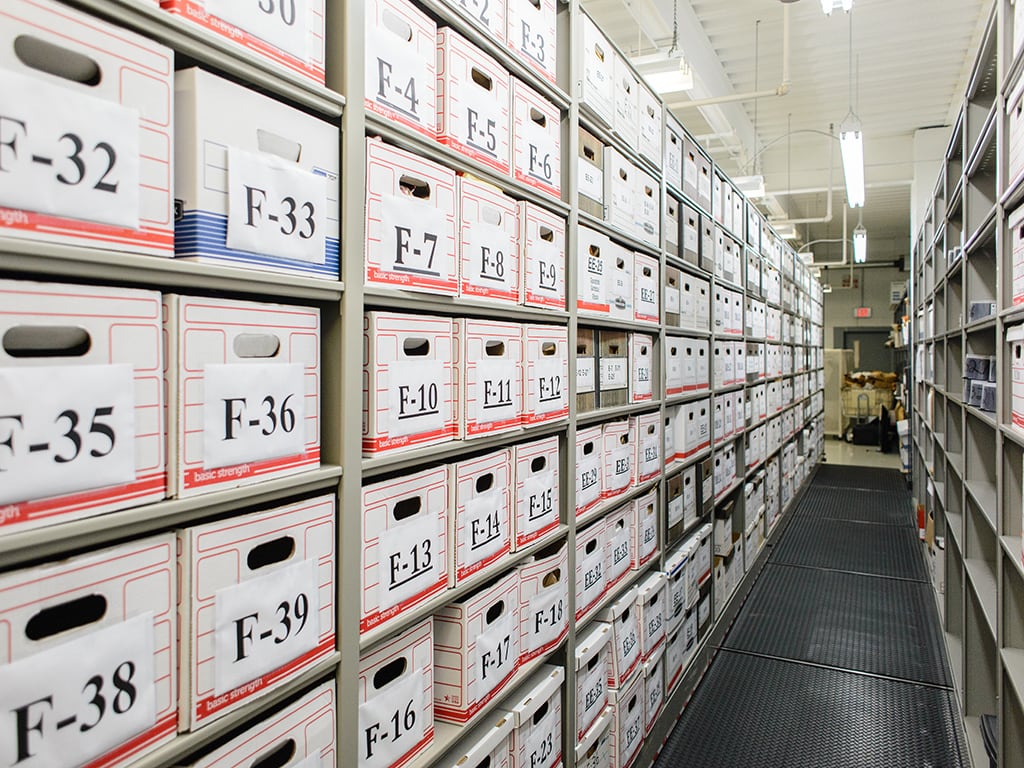 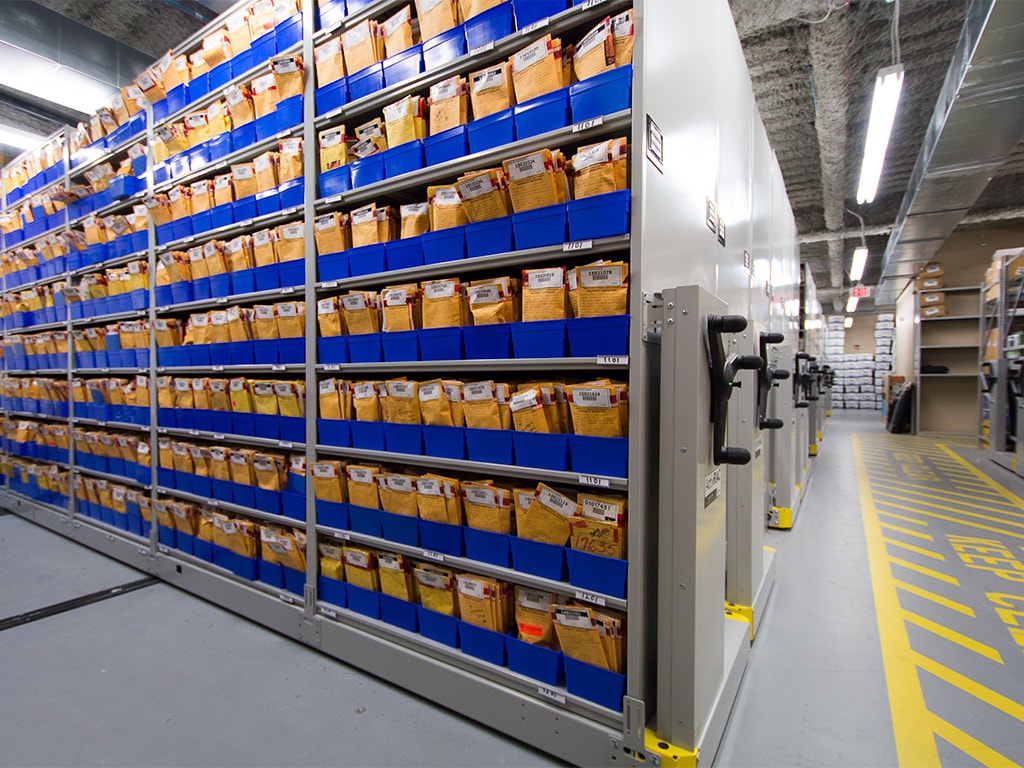 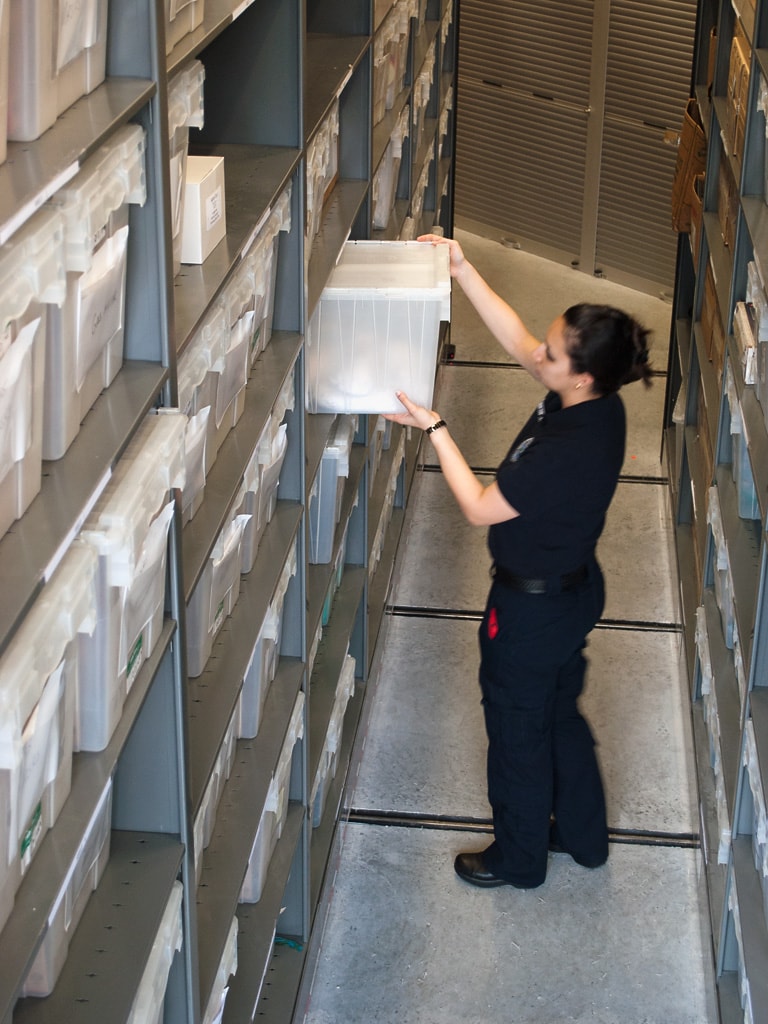