A Study in Creative Space Design

A Study in Creative Space Design

For art to be truly appreciated, it needs to be experienced. Visitors to the Clark Atlanta University (CAU) Art Museum are privileged to be in the company of more than 1,200 items in two major categories: African American modern art and traditional African art. Not all of these items are on full-time display, of course. How to best store these pieces – while also providing the ability to more thoroughly study their composition and impact – was a creative challenge. They are all treasures… and they are indeed treasured.

Learn how a renovation at the Clark Atlanta University Art Museum led to a object study classroom space that serves many purposes. And an addition to an existing high-density art storage system allows for better space utilization as well as better access to valuable collections.

Getting in on the Ground Floor

Maurita Poole, PhD., is the director for the museum. Back in the mid-1990s, her predecessor worked with Spacesaver Corporation to add art racks to a basement storage area. In 2016, Dr. Poole’s interest in adding storage space led to her contacting Spacesaver again. The company directed her to Patterson Pope, its local distributor.

“At the time, back in 1996, the institution had never had anything like it,” she said of the art racks and flat files. “We initially had 44 racks installed. We added another eight in 2016 and that’s going to be joined by another eight very soon, giving us 60 in total.”

Of particular motivation for Dr. Poole was the volume of works that were rarely displayed. These included many works on paper and unframed paintings that were stored in those aforementioned flat files.
“I wanted to get more of the works framed and added to the racks. There are a lot of reasons for that. Many contemporary artists are doing these large-scale works – like lithographs – and I want to be able to show those. Other times, we have people who want to gift certain works to the museum, and I want to be able to accommodate them, as well.”

Working with Patterson Pope Sales Representative Dick Beery, Dr. Poole was able to have the additional art rack added. In addition to creating valuable storage, it allows for students and other visitors to, on occasion, visit the area to see samples of work by a favorite artist or to view pieces that are examples of a particular style, era, or theme.

Motivated by her desire to foster increased access to and engagement with CAU’s permanent collection, another idea occurred to Dr. Poole. Call it “creative inspiration.”

“Our museum has about 2,500 square feet for exhibitions. But I wanted a space where we could bring up additional works for faculty, visitors and scholars to study and really interact with the art. That’s how the idea of the ‘object study classroom’ was born.”

Similar rooms exist at other university art museums. Stalwart institutions like Princeton, Yale and Cornell have them. Dr. Poole, recognizing CAU’s role as a teaching museum, felt the community and aspiring curators would greatly benefit from having a similar space.

The room Dr. Poole envisioned repurposing was initially a catch-all space. Outfitted with desks and casework shelving, the room is close to the gallery. Once she decided on her plan, Dr. Poole’s next challenge was devising a way to transform the room into a space that would ably accommodate her vision.

“I wanted a room where we could bring up works for folks to look at and interact with. We’ve had several people who would come in and say things like, ‘I thought you had a Charles White piece?’ I needed a space where I could bring up those paintings and show people, just not in the museum.” 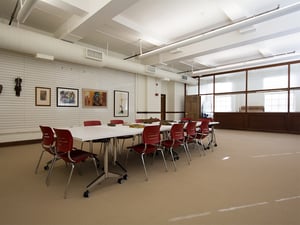 Patterson Pope’s Dick Beery was excited by the challenge and the opportunity Dr. Poole’s vision presented. Having some experience as a general contractor himself, he relished the chance to bring together all his skills.

“Dr. Poole was so passionate about what she wanted to do. I was happy to lend my expertise – helping her first understand the ways we could help her outfit the room, and also by giving her the terminology she needed to help explain to the university exactly what she wanted the room to become.”

Beery noted that the room had been littered with multiple surface-mounted conduit runs that led nowhere, a no longer functional or necessary water cooler, an obsolete ceiling-hung air filtration system, built-in casework, and even a large phone terminal junction box that had no purpose. These and other devices had been left over as a result of numerous remodels and upgrades from previous years.

Dr. Poole saw the potential of the room but didn’t know the path to get there.

“I suggested to her that the school’s maintenance department could probably undertake most of the demolition and reconstruction itself since the majority of the work to be done appeared to be of a cosmetic nature.”

“Our museum has about 2,500 square feet for exhibitions. But I wanted a space where we could bring up additional works for faculty, visitors and scholars to study and really interact with the art. That’s how the idea of the ‘object study classroom’ was born.”

Equipped with the language she needed to make her case to the university, it wasn’t long before those older accoutrements were removed. With the room opened up, the new object study classroom began to take shape. On a side wall measuring approximately 960 square feet, Patterson Pope installed a slat wall. Here, framed paintings can be hung while they are viewed and studied.

In all, 16 tables and 32 chairs in Clark Atlanta University colors – provided by KI – were brought in, as well. These can be reconfigured in multiple ways, depending on need. Objects can be examined up-close – their features analyzed, their magic felt.

“Sometimes we’ll have a group of students come in from Spelman College,” explained Dr. Poole. “They’ll be doing a curatorial study. What I do is take a group of 10 items and put them on the table in front of them and on the slat wall. I ask them, ‘What do you see? If you were in a situation where you are the curator of this collection, how would you organize them thematically? What kind of ideas would you come up with?’ It’s almost like a design thinking course. The new room allows for that kind of interaction and study.”

Dr. Poole excitedly adds that this is just the beginning, too. In the next phase, she plans to add more flat files – some with glass tops. Additional seating will bring the room’s capacity to 30. She is proud to add that both the object study classroom and the art racks near the atrium in the basement are now both stops when tour groups – and potential donors – come through.

“I’m so grateful to Dick,” she said. “Going through the whole process, he opened up a whole new world to me. He was always patient, available, and was instrumental in helping me to be able to verbalize my goals. The teaching room and the additional racks are, together, going to make a tangible difference here at CAU.”

“She’s very passionate about what she does,” added Beery. “This was an exciting project, especially given the way it evolved. It’s an example of what is possible when working with a visionary and provides a representation of the breadth of work Patterson Pope can provide.”

For more information on this project, please see our Case Study. 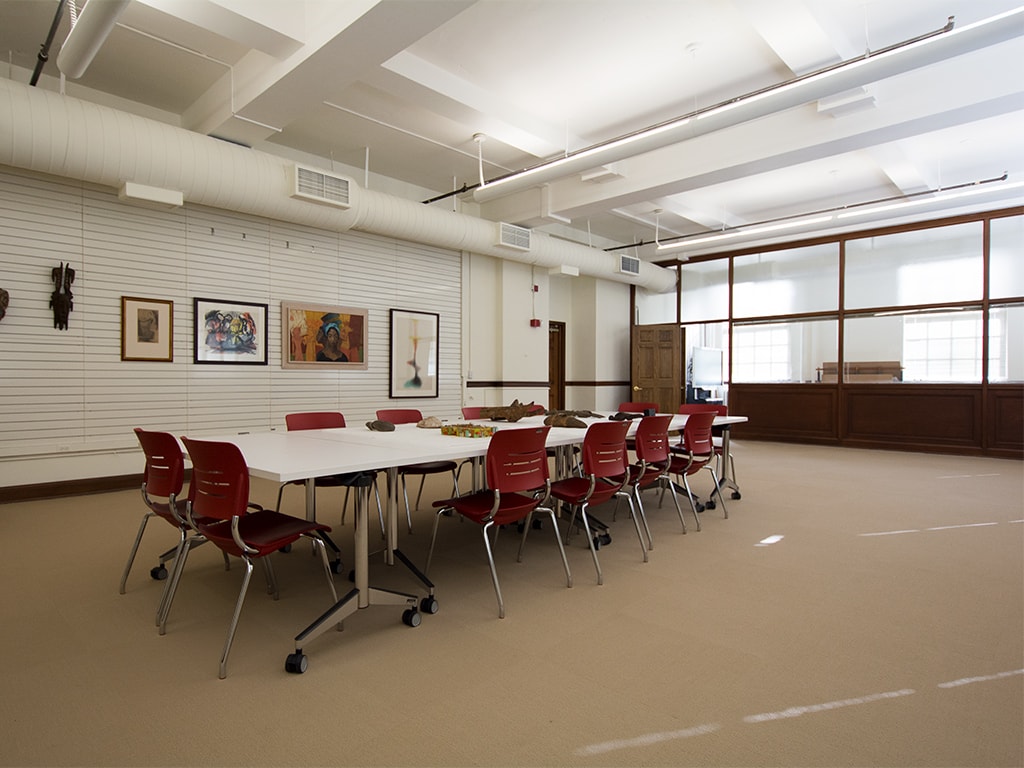 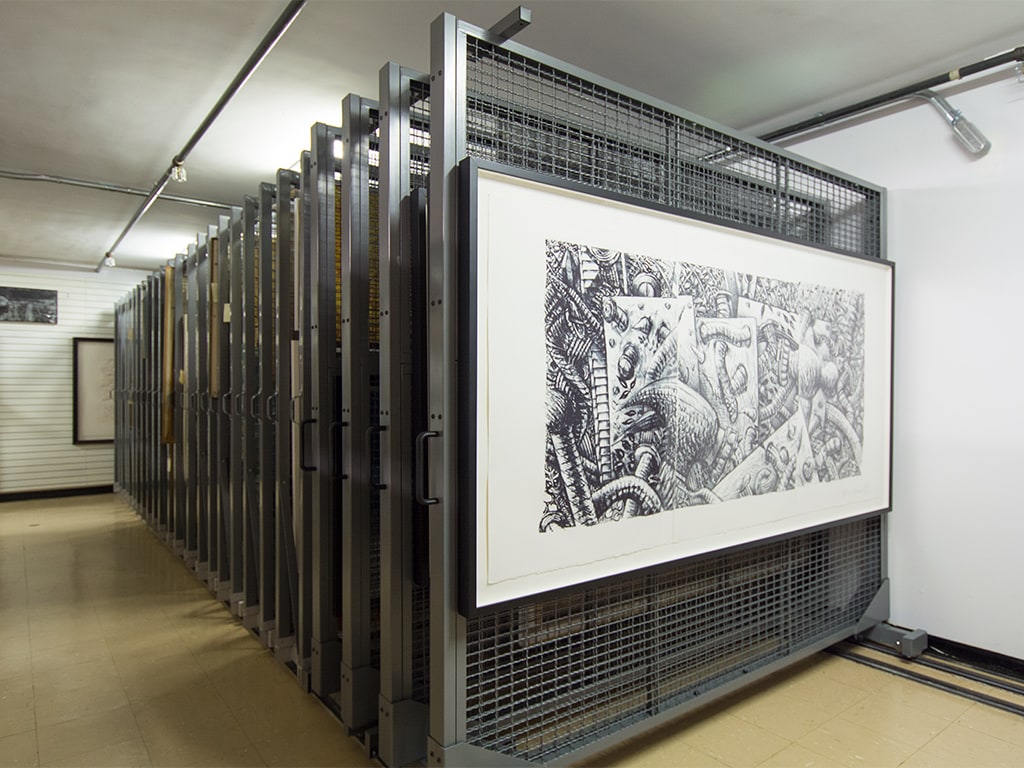 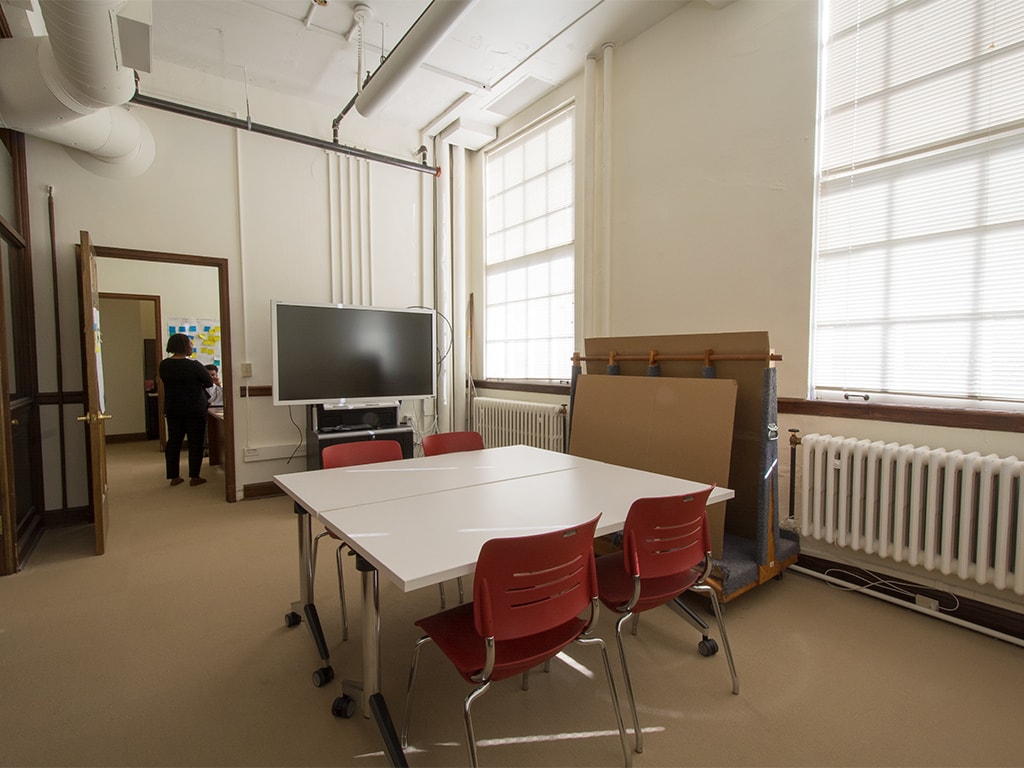 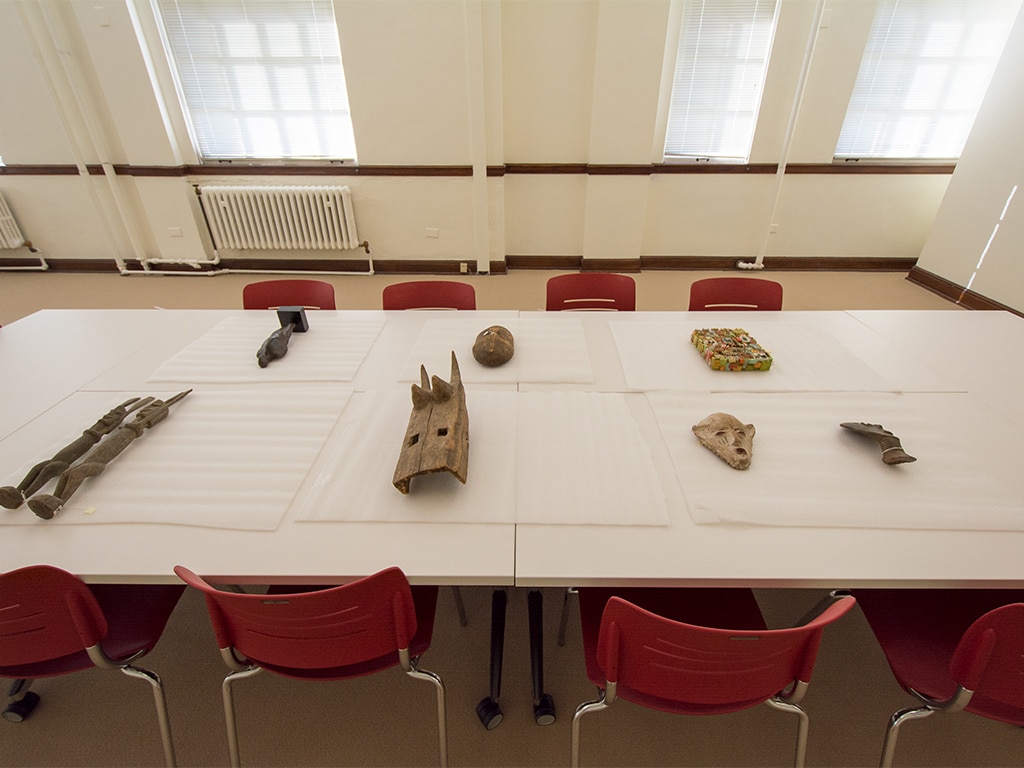 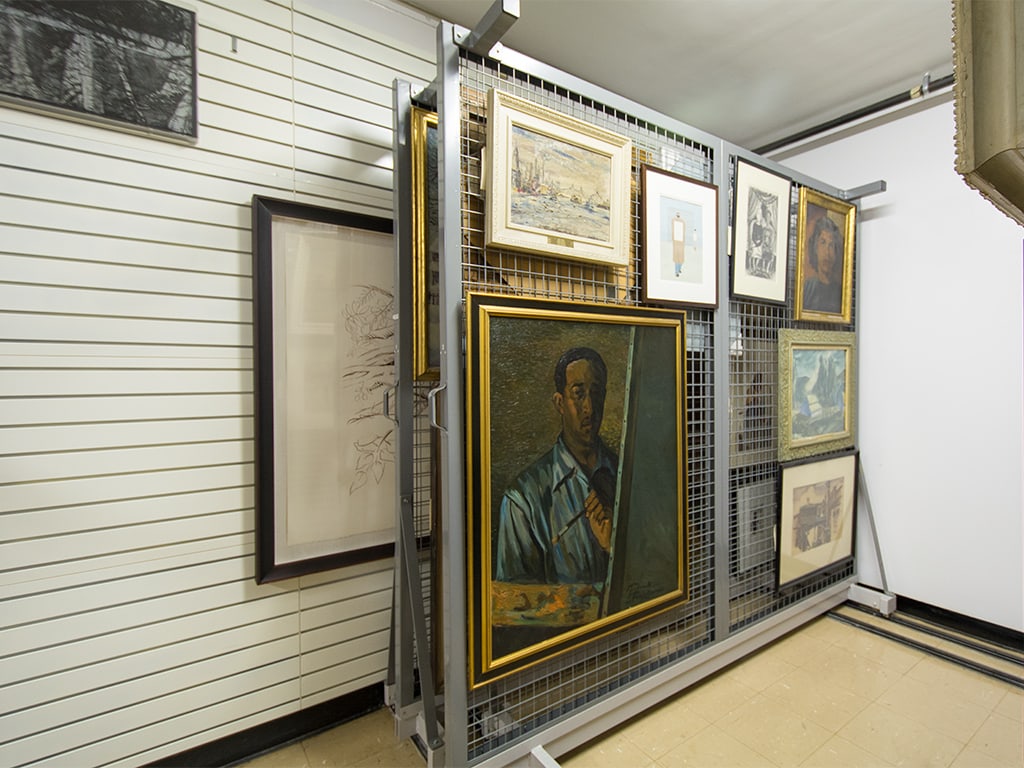 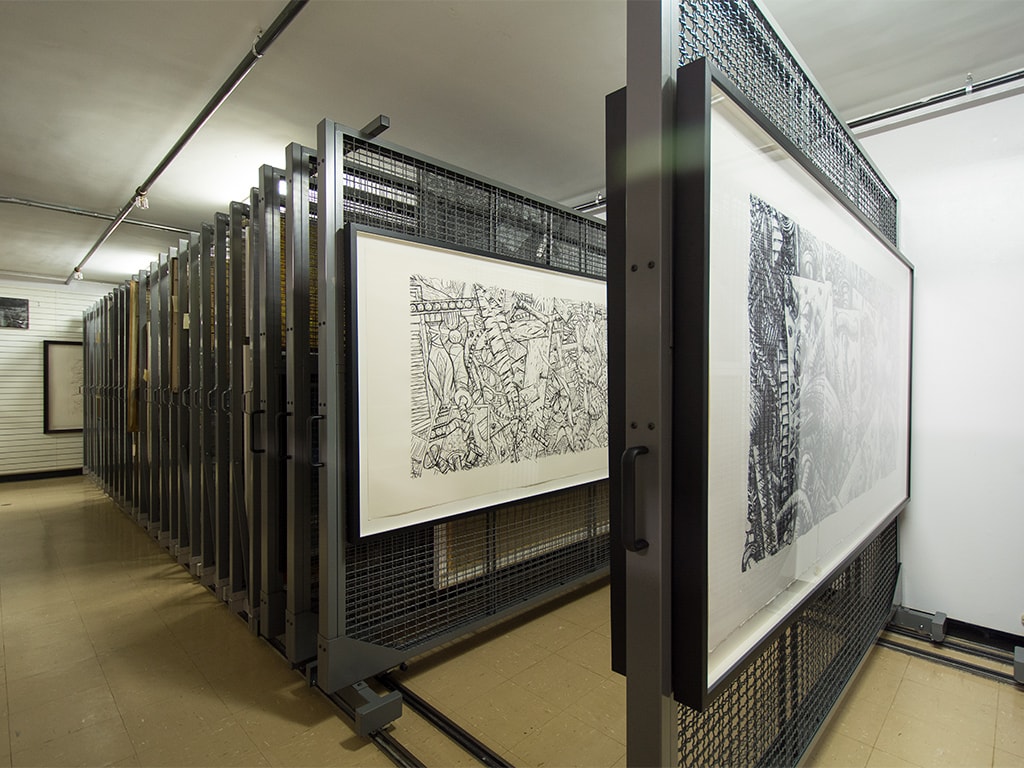